THE JOURNEY TO BENALLA

Sometime during the Spring/Summer of 1948, Cecylia Kazmareck aged 25 took her five year old son Aleksandr and boarded a train which was traveling to the border between Poland and the American sector of occupied Germany. They were fleeing the advancing Russian Army.

When the train stopped at the border, some people disembarked and started to run across the border. Cecylia joined them. Darkness was falling and the shooting started. They were told to keep running and not to stop no matter what happened, even though people were falling around them, shot by the Russian border guards.

They arrived at a former German Army Barracks which was being run by the American Red Cross as a centre for Displaced Persons. Here they were clothed, fed and kept safe. Shortly after their arrival, Aleksandr’s appendix ruptured and after an operation he was hospitalized for a few days.

France, England, the US, Canada and Australia were some of the countries which offered refugee status to these people Cecylia chose Australia. After a long  train trip through Italy they arrived in Naples where they boarded the MS Fairsea bound for Australia.

The ship went through the Suez Canal and headed South. When they crossed the Equator there was a mock ceremony to mark the occasion (enclosed is a copy of the certificate that was handed out at the time).

Passport photos were taken on board.

The adults attended English classes on board of the ship and were coached in order to pass the obligatory dictation test (taken in English) before being allowed to disembark in Australia.

Included is  the English/Polish dictionary used by Cecylia.

Passengers left the ship at Freemantle and Adelaide. When they arrived in Melbourne, Cecylia and Aleksandr boarded a train at Station Pier bound for Bonegilla. On the afternoon of their arrival at Bonegilla, they were put on one of two busses and taken to Benalla Migrant Camp.

The last photo, taken about 1950, at the camp in Benalla, shows Cecylia seated in the foreground and Leon Mackowski is sitting behind her to the left. Cecylia married Leon on the 19th of August 1950. He adopted Aleksandr and the moved out of the camp to live in the town.

Enclosed are the certificates from that time granting them Permanent Residency in Australia. They became Naturalised Australians in 1956. Their daughter Wendy (me) was born on September 24th 1952.

Leon and Cecylia built a house in Benalla where they lived happily for the rest of their lives. 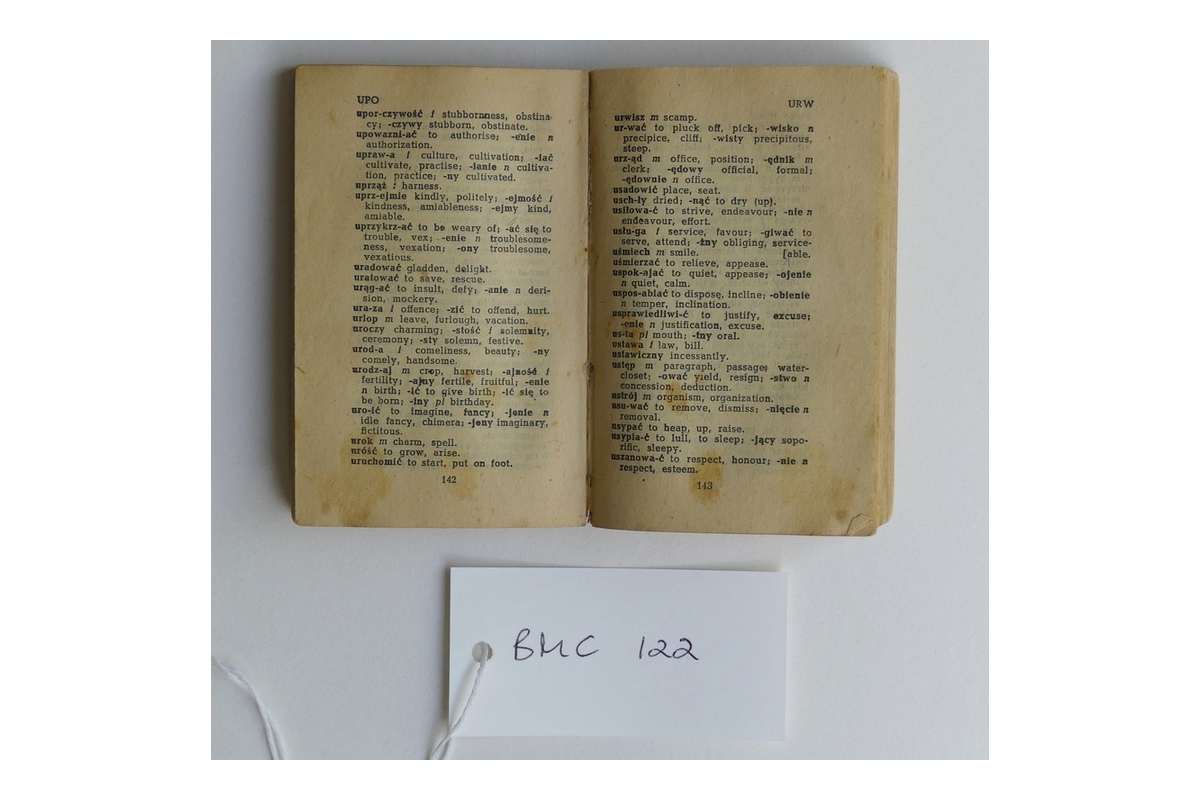 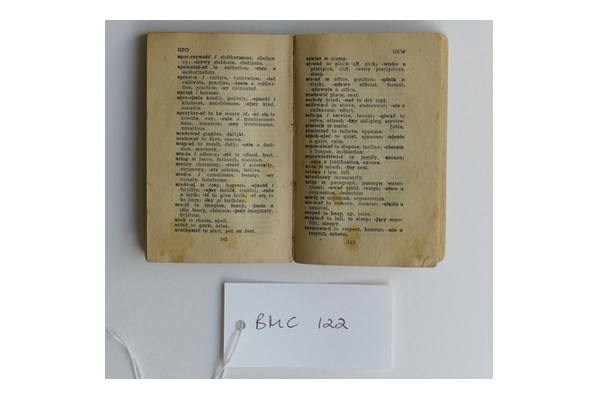 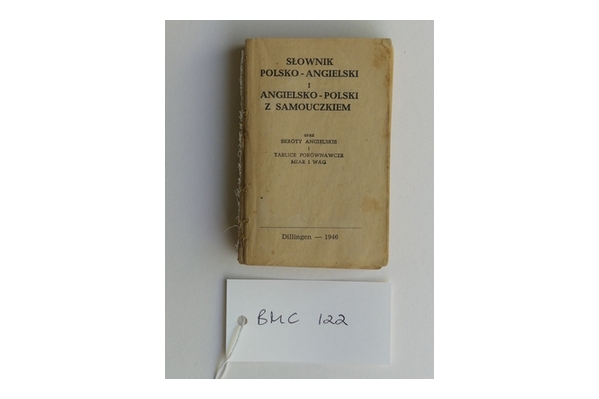 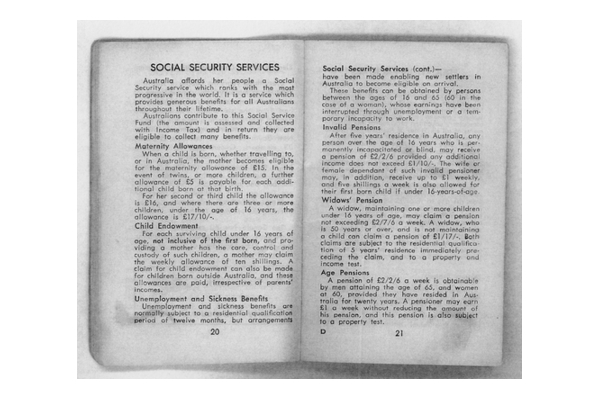 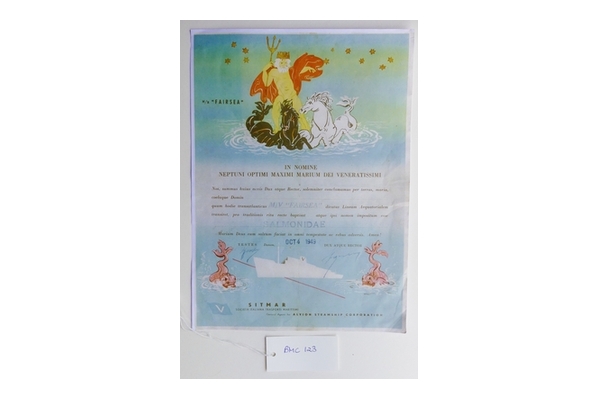 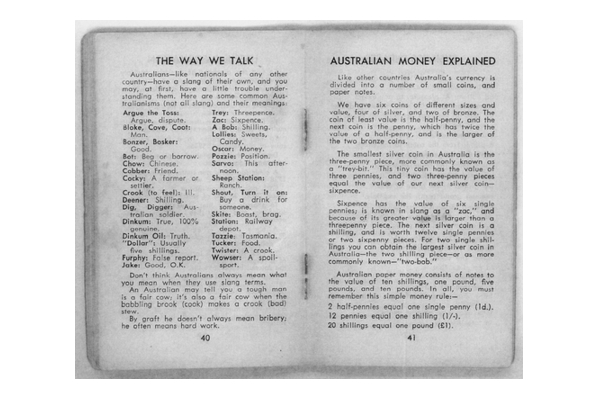 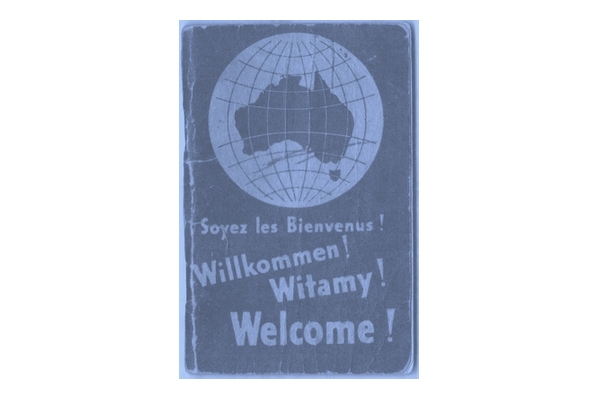 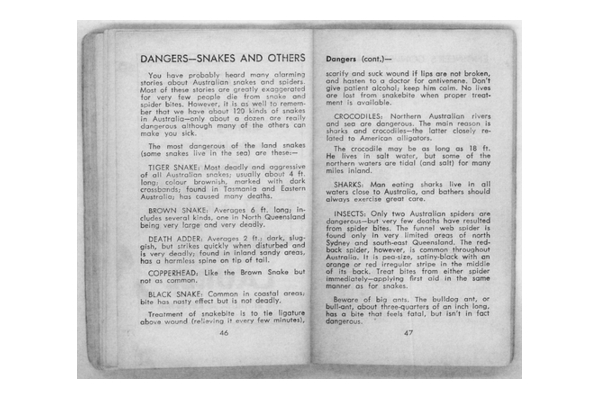 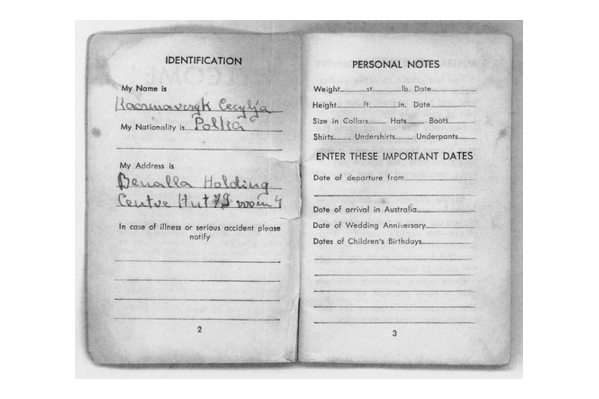 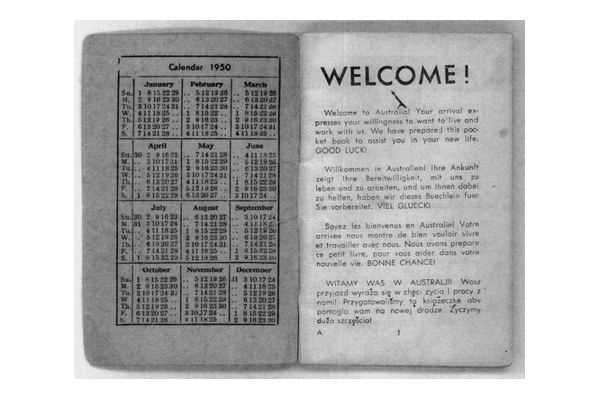 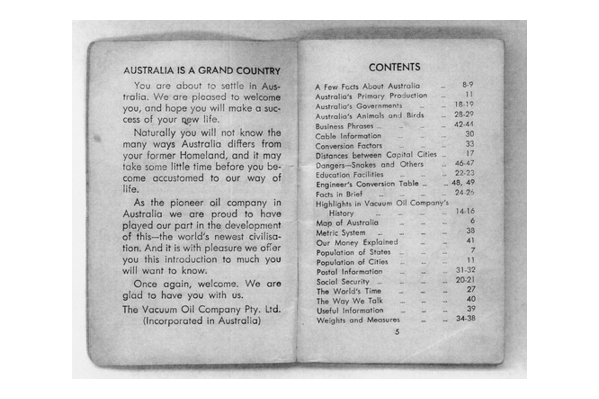 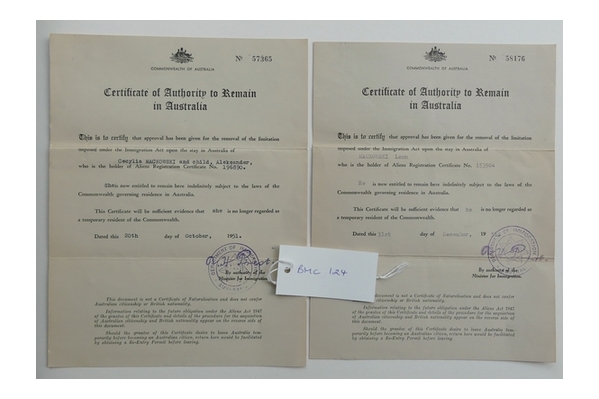