Nina Kolodziejczyk (nee Klos) was born in Poland on 15th August 1927 and was 14 when WW2 broke out. After being driven from Poland Nina settled in Germany, and met Stanislav K whom she married in Coburg, Germany. As a 23 year old, with two small kids in tow, Janek (6 years) and Evey? (2 years) she remembers that their small family left Germany to make a better life. They journeyed on the migrant ship Hellenic, via Hong Kong.

The K's arrived in Bonegilla on 4th February 1950 in the middle of the summer heat. Nina remembers they all cried from the shock, and they had no money to pay for ice creams or cold drinks for the kids who especially suffered from the extremely hot weather. No need to say the accommodation huts were also stiflingly hot and they all slept very poorly. Nina says she thought it felt 'like hell', the hardest time of her life.

After six long weeks had passed, Stan was finally assigned work as a grape picker in Redcliff and Mildura. But the family had to stay behind in Bonegilla, and Stan returned once a fortnight which cost them 9 pound in fares. After a while Stan found permanent work in Shepparton, on the railways. At that time Nina insisted she wanted to be closer to her husband, so Nina and the kids were allowed to transfer to the Rushworth camp. By then the weather had turned and it was freezing. "I sewed four blankets together so we had ceilings because there were no ceilings at all and we were so cold."

Stan bought an old motorbike so he could travel to work and back, but Nina says it always broke down and most times he ended riding an old bicycle to work instead.

We stayed in Rushworth until Christmas and then we were able to transfer to Benalla, where Nina worked at Latoof and Calill and also in the hospital, as a domestic worker and cleaner.

Nina said by the time she arrived in Benalla, she had enough of camps. She was keen to move to a house as soon as possible.

Ask about these notes:

Nina said she made a friend on the ship, who was pregnant. She said if you arrived together you stayed friends for life.

John says he remembers life at the camp as good for kids. I remember we played two games, one called Pushki, the other Klimpi. 'It was a ball game. You had jam tins, tennis balls and wooden sticks, that was all, and it kept us enthralled." 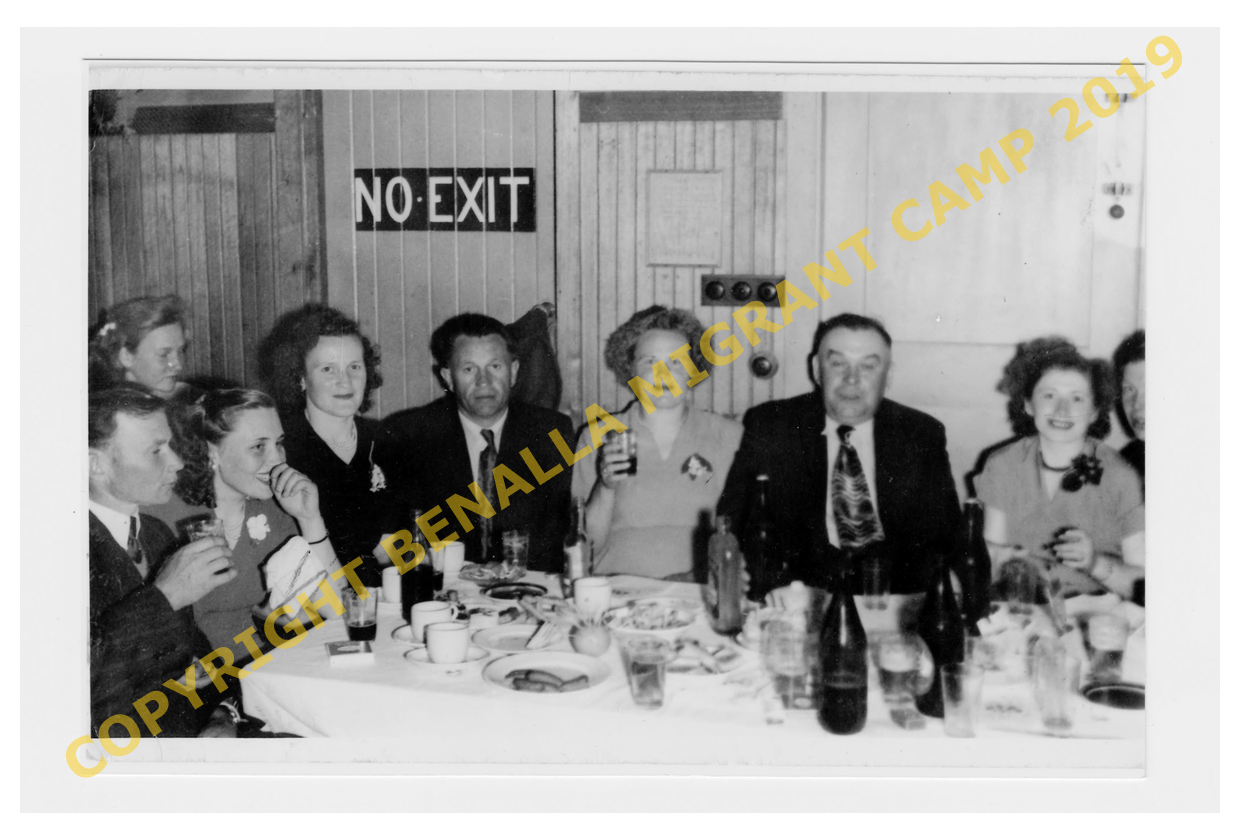 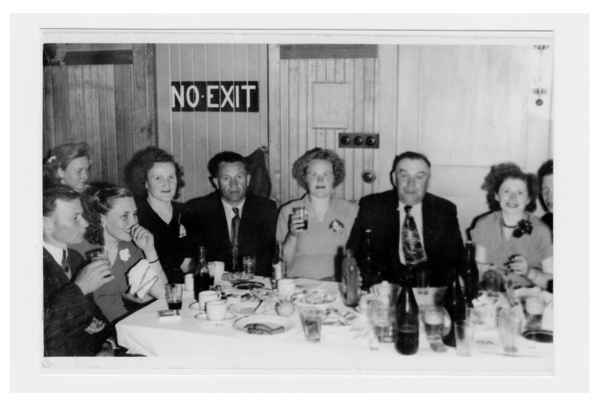 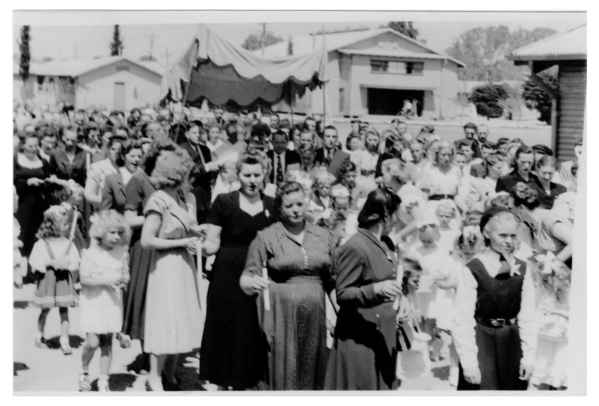 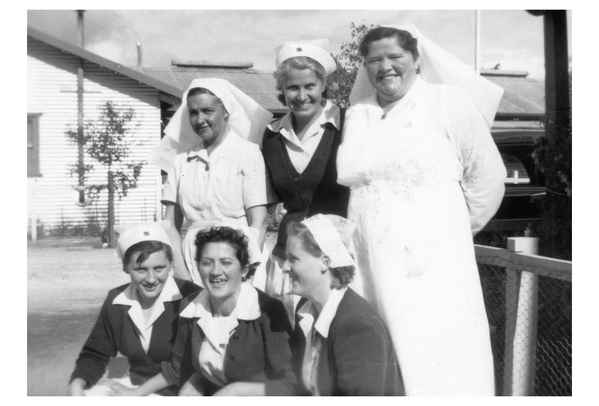 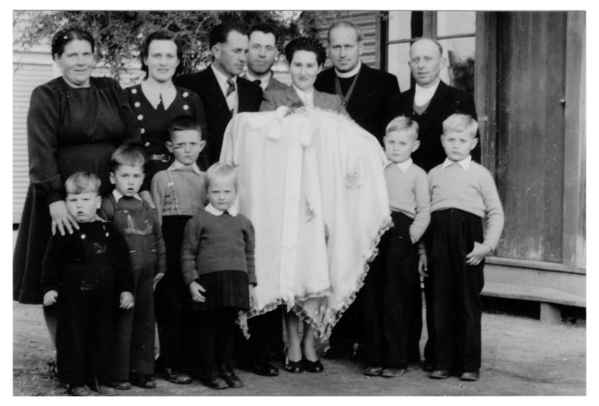 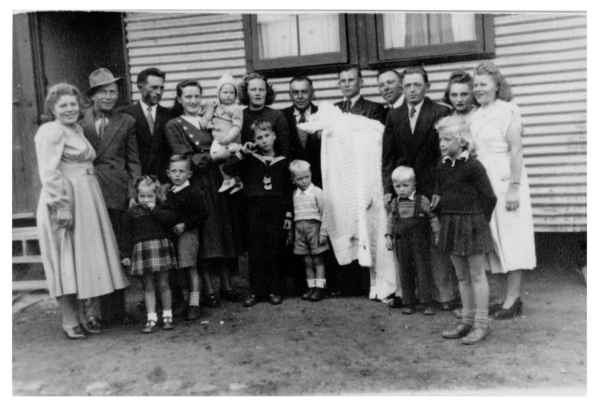 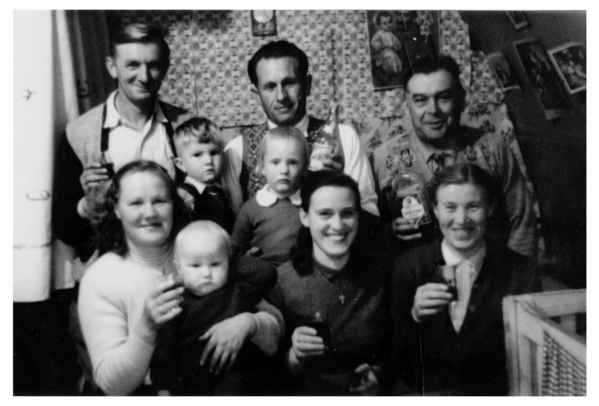 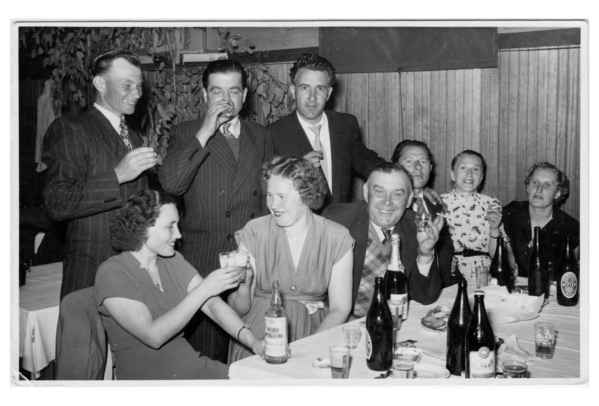 Records in Benalla Cemetery for KOLODZIEJCZYK