Teodor Fergin and Maria Biernacka were both from Poland.

Teodor was a barber and when the German's occupied Poland, he was employed to work exclusively for the Germans in a barber shop located in Warsaw. Teodor was also an AK Soldier (Home Army Soldier) who was captured on the last day of the Warsaw Uprising and taken to a POW camp in Germany.

Maria on the other hand, was one of the many rounded up by the Germans and transported to Germany to work on a farm as slave labour.  Maria spent four years working on the farm from 6:00 am to 8:00 pm every day of the week.

After the War, Maria met Teodor through friends at a Displaced Persons Camp.  They married and had a son, my brother Eugene was born in October 1947 in Frille, Germany.

Teodor was unable to return to Poland due to fear of persecution and Maria became a displaced person after her village in Poland was burnt to the ground, family members killed and the territory occupied by Ukraine.

Negotiating the Exit from Germany

The family applied for and was granted IRO Resettlement but prior to arriving in Melbourne the family spent four years in numerous German and Italian migrant camps before departing from Naples on 18 December 1949 to Australia.

The New Country – Arriving at Bonegilla

Teodor and Maria Fergin with their son Eugene arrived at Port Melbourne on 14 January 1950.    As the family disembarked from the USS General Langfitt they were escorted to a waiting train on Station Pier which took them along the Cudgewa railway line to Bonegilla.   Teodor wrote in his travel journal that the day they arrived, “was one of the hottest days on record”.   The migrants found the heat unbearable as they waited in line for the authorities at Bonegilla to process the 1229 new arrivals.

After a couple of weeks in Bonegilla and as part of the Assisted Passage two year work contract, Teodor was sent to pick fruit in the Shepparton region.  A few weeks later the rest of the family was transported to Rushworth Holding Centre.  Their stay in Rushworth was temporary and I believe it may have been for the fruit picking duration only.

In April/May 1950 the family was relocated to Benalla Migrant Centre where their new life began in earnest.  Teodor worked as a labourer picking fruit and tobacco, he also worked in the camp communal kitchen and when time permitted he would earn extra money as a barber and cobbler.   Men at the camp would call in for a haircut and shave or drop off shoes for Teodor to repair and resole.

Maria joined the camp Polish choir which performed locally; she attended the mandatory camp English classes and in 1951 became pregnant with her second child.

My brother Eugene Fergin was 2½ years old when the family arrived in Benalla.  Peter, as he is now known, attended the Benalla camp school from February 1953 to the end of 1954.

Life in the Camp

The camp was a hive of activity and creativity, the women would make the Huts as homely as possible.   Maria crocheted colourful blankets and cushion covers, she also made flowers from crepe paper.   I recall her saying that she once decorated the Christmas Tree in the Camp Main Hall with crepe paper roses because there were no Christmas decorations available to hang on the tree.

When Queen Elizabeth visited Benalla in 1954 it was a grand day with streets and houses decorated with bunting flags and the Baltic camp children dressed in national costume.   Peter could not escape been dressed for the occasion.

St Nicholas Day, 6th December was another special occasion which brought fear and tears to some little faces and curiosity to others, as St Nicholas arrived at the camp with the Devil and an Angel.  Parents would put the ‘fear of god’ in you to be good.

There were many social gatherings and celebrations, cultural events, births, christenings and marriages.  The migrants not only celebrated their own special cultural occasions but also Australian events such as the Melbourne Cup, Soccer and Aussie Rules Football.

The post-war migrants had a sense of pride and commitment; many camp residents found work locally at Renold’s Chain factory and Latoof & Cahill Clothing factory, others worked in shops, domestic service and some were even brave enough to start their own business.

What made Benalla Migrant Camp unique was its proximity to the main town and work opportunities; and based on the number of bicycles leaning against Hut walls, the preferred method of transport was cycling.

During our five years in the Benalla Migrant Camp, the family had forged many wonderful and lifelong friendships.   Maria would often speak fondly of her time in the camp.   The bond within the camp provided much needed comfort, encouragement and spiritual support; it gave the migrants strength and made them resilient.

Photographs by Stan Mosbauer.  Stan was a keen photographer and never without his camera.  The Mosbauer family arrived at the Benalla Migrant Camp in June 1950 and in 1954 moved into their new home in Kathryn Street, Benalla. 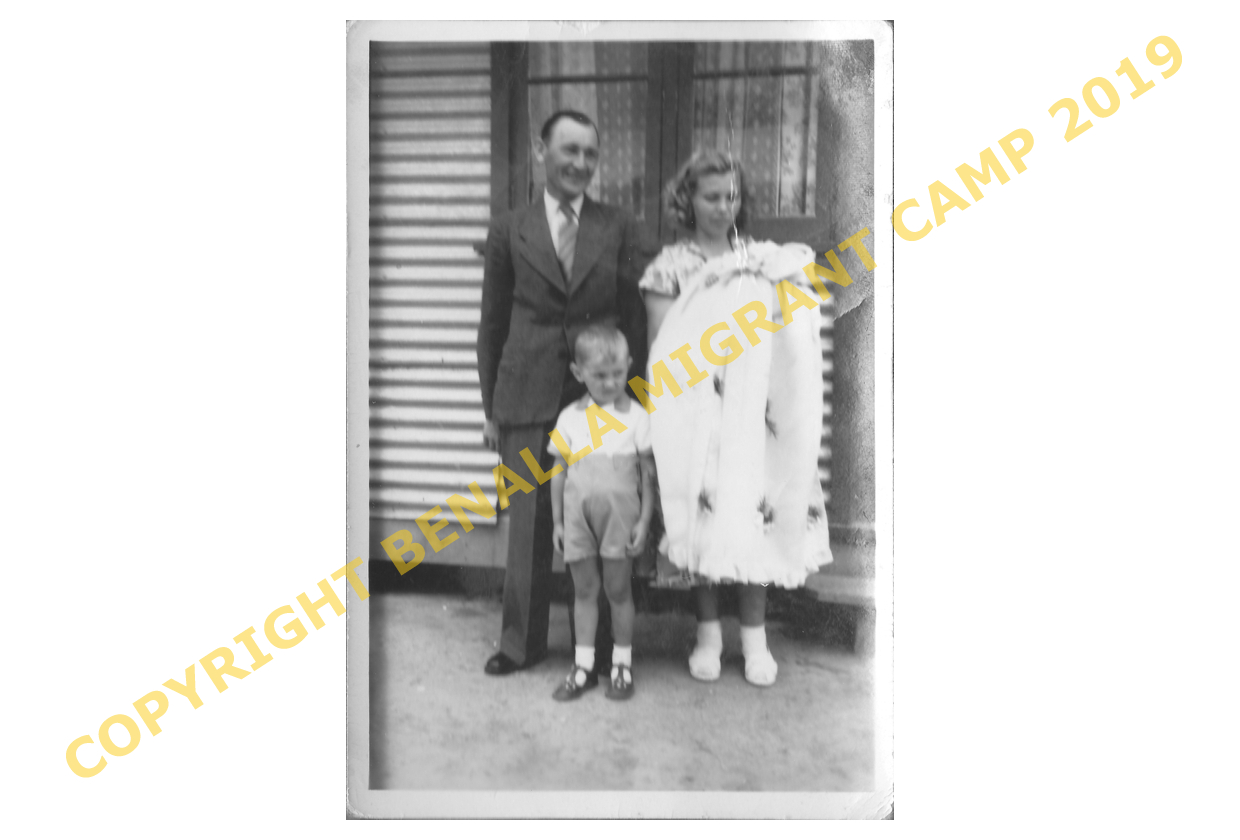 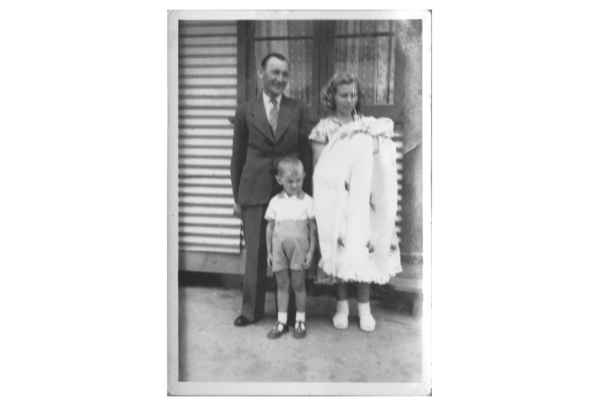 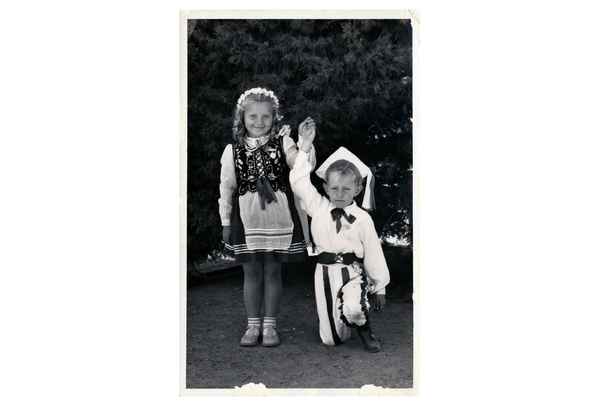 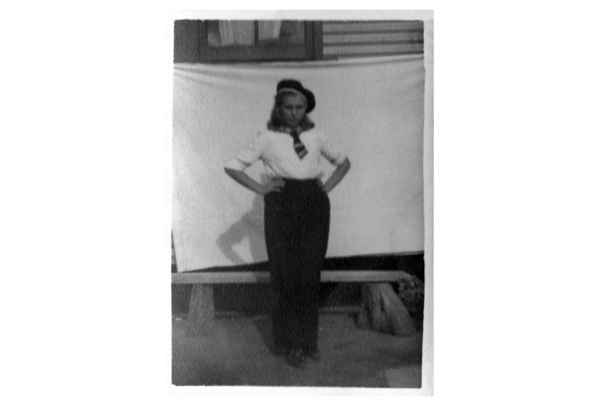 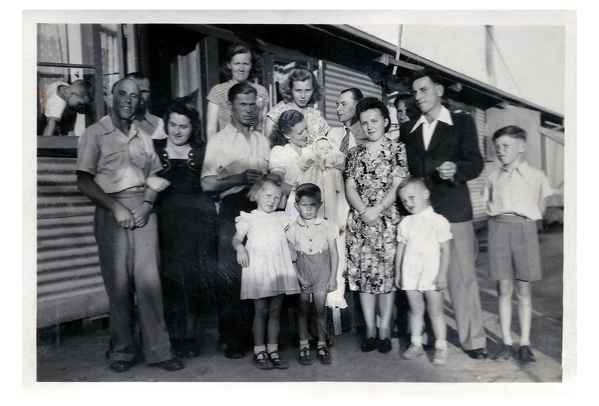 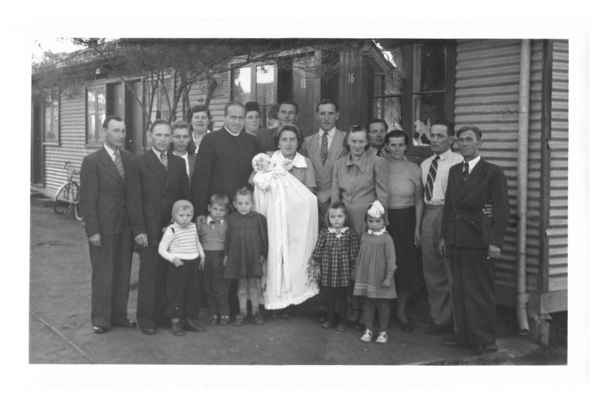 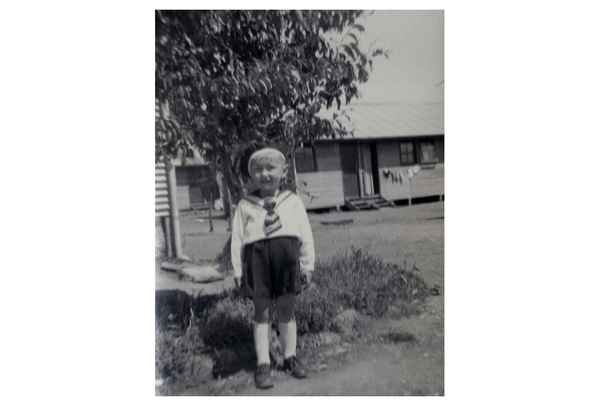 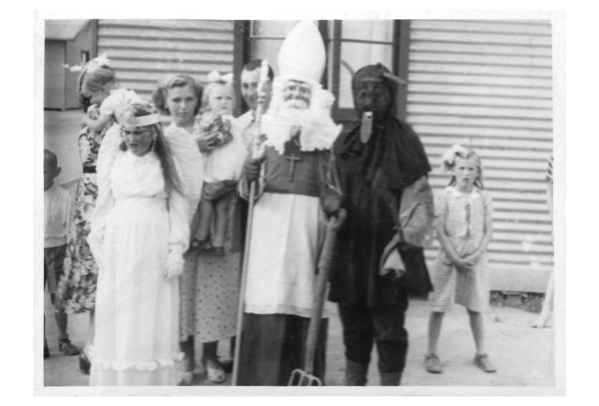 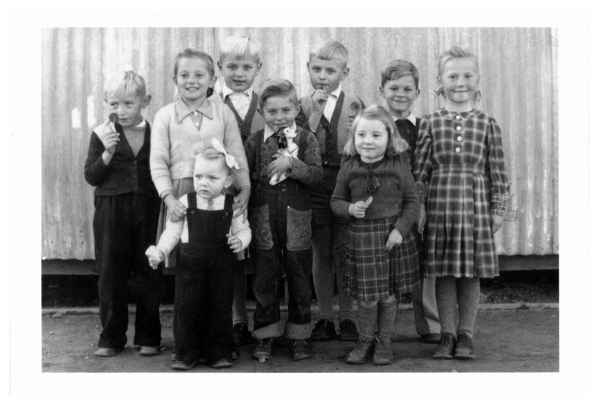 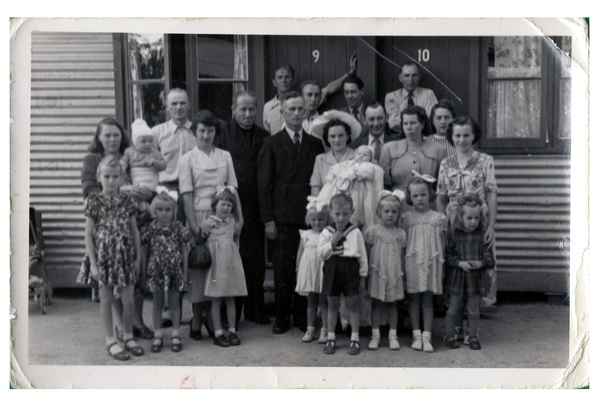 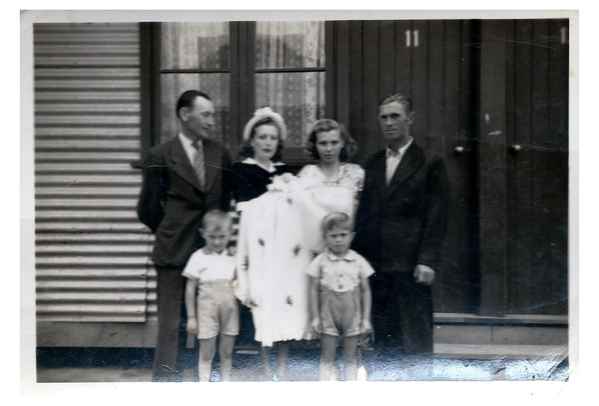 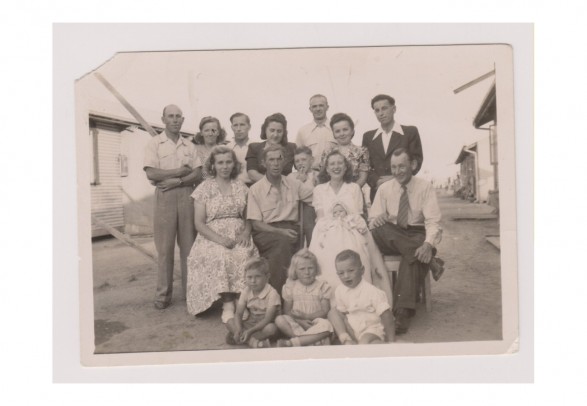 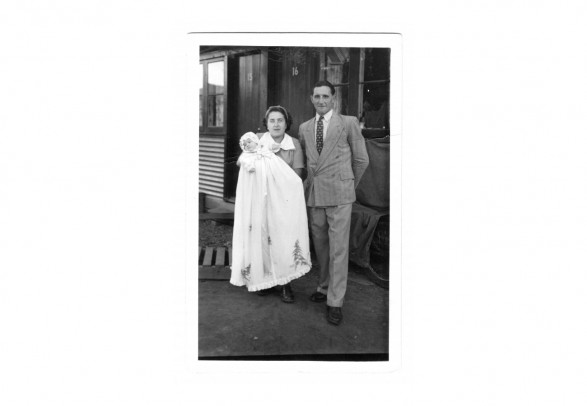 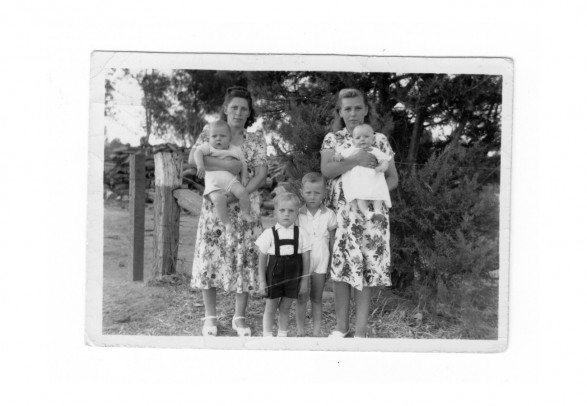 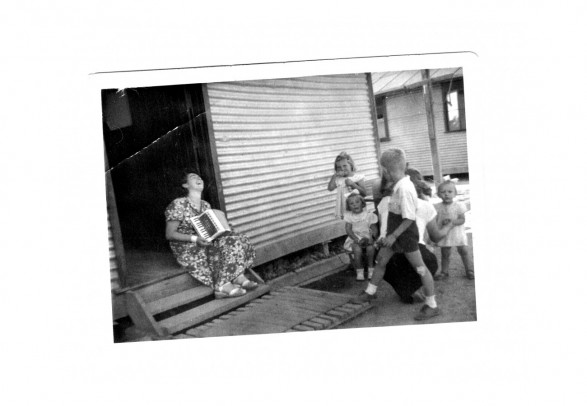 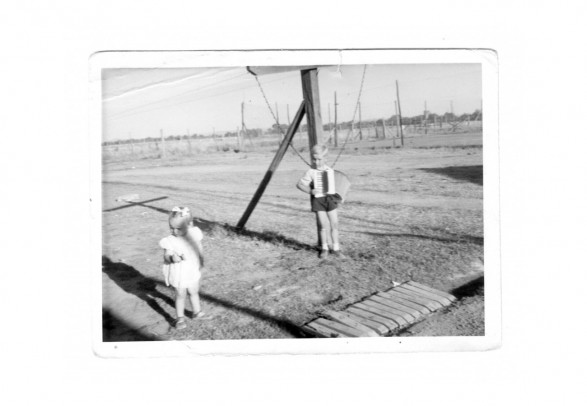 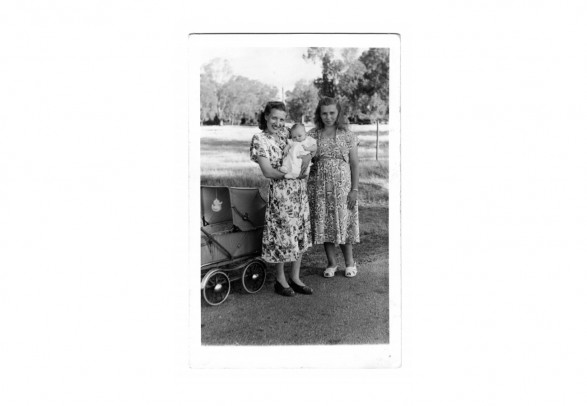 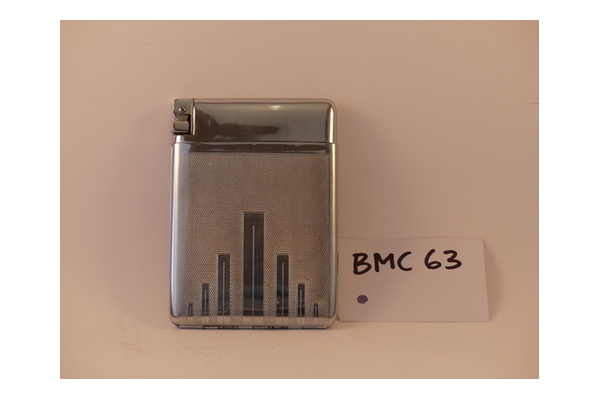 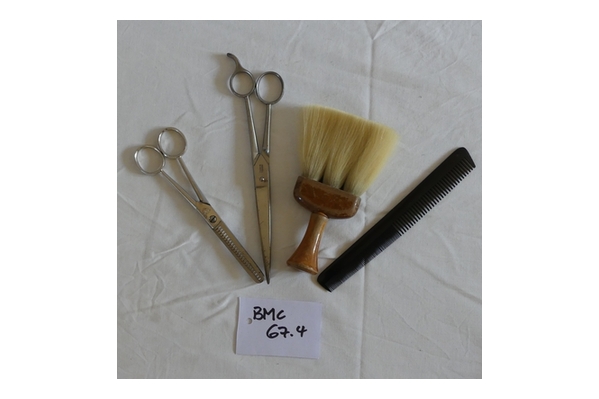 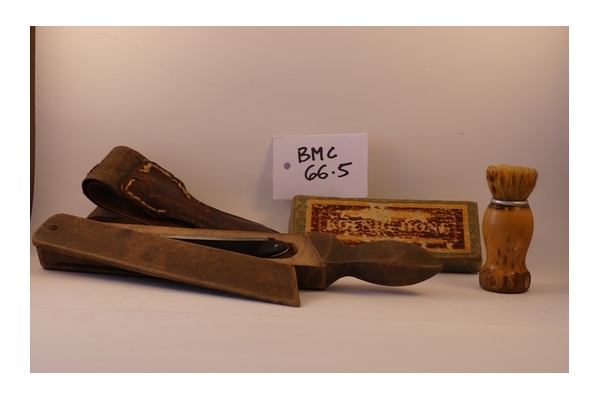 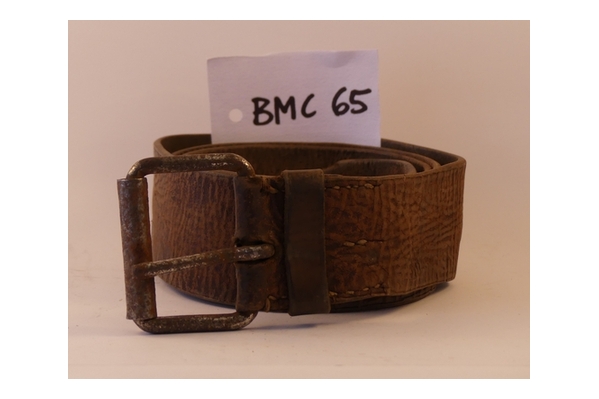 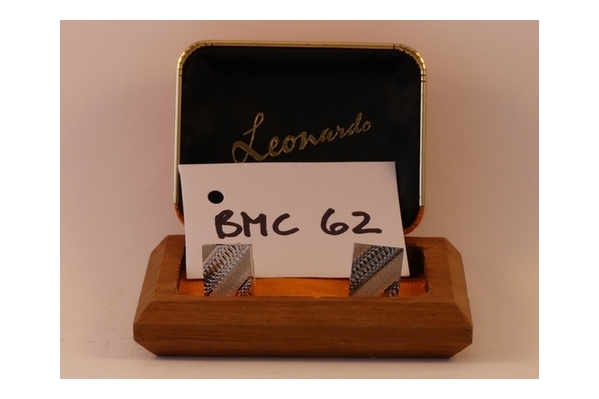 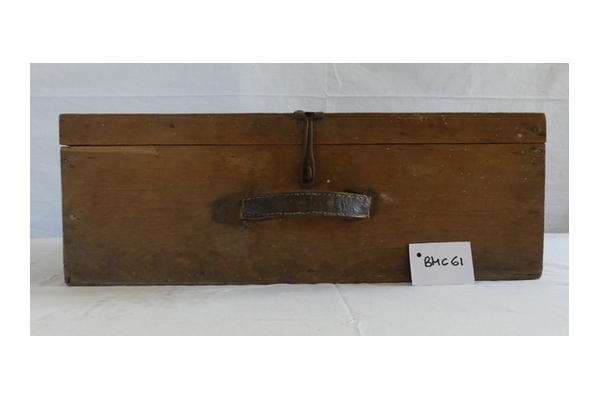 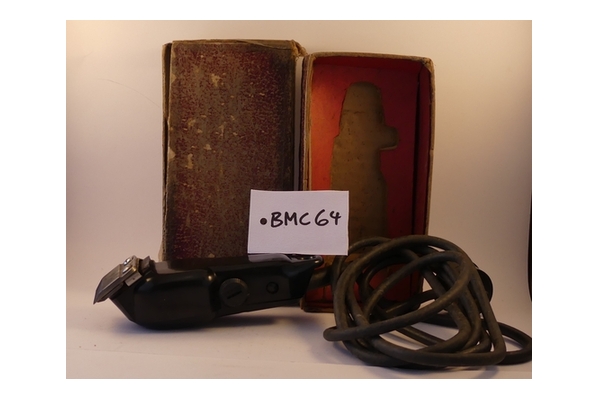