(Below are extracts from a story that was published in the Benalla Ensign, by Angela Townsend in early 2012:)

Born in Breslau-Slizhan in what was then Germany (now Poland), Hans Joachim (Joe) Gebauer grew up in the mining town of Gottensburg. After the war, Joe and his wife Elisabeth decided to emigrate and set sail for Australia aboard the Greek liner Arcadia and arrived at Fremantle in November 1963.

They were transferred to Bonegilla for a short time, before moving to the camp at Benalla Airport in 1963 still.

Joe said the camp had everything one could want, from a picture theatre to a kindergarten, youth club and tennis club. ‘‘A town within a town,’’ is how Joe describes it.

After two years in the Benalla camp, Joe and Elizabeth bought a brand new home in Harold St in 1965, where Joe still lives. The photos are all dated 1963-65.

The Gebauer documents tell the entire story of the family's journey to Australia: the receipt for the fare on the ship, 652 Deutsche Mark ( about 300 dollars of today's money).

An excellent character reference by the local authority in his home town, a 'certificate of leaving' in all the family member's names, two boarding passes, a list of items to be packed, the menu on the Greek liner they travelled on and finally passport photos for the whole family at the time of migrating.

Anna Gebauer wrote on our Facebook Page on 13/11/2017: The Gebauer family was the largest family to migrate from Germany in 1963.

"We had 9 children and 1 on the way. We lived in the migrant centre for two and a half years. Only have good memories of the place." 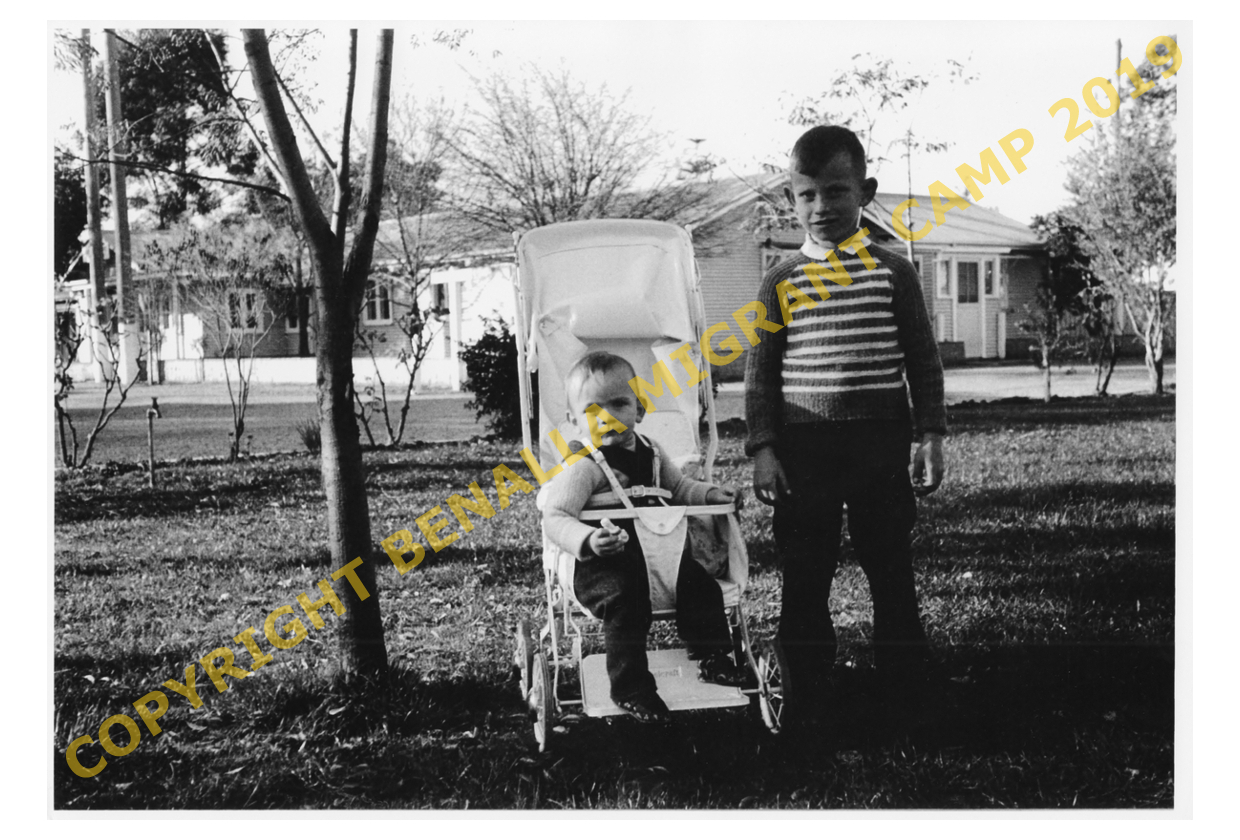 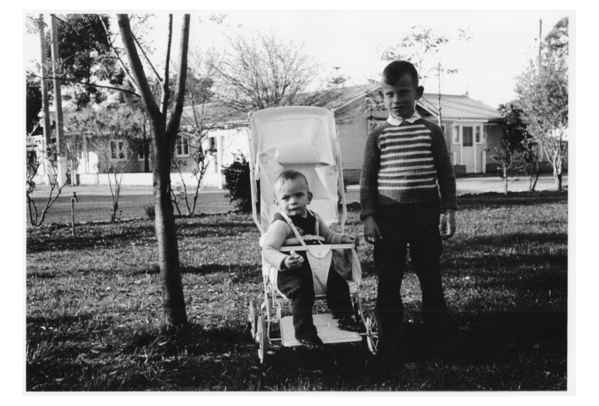 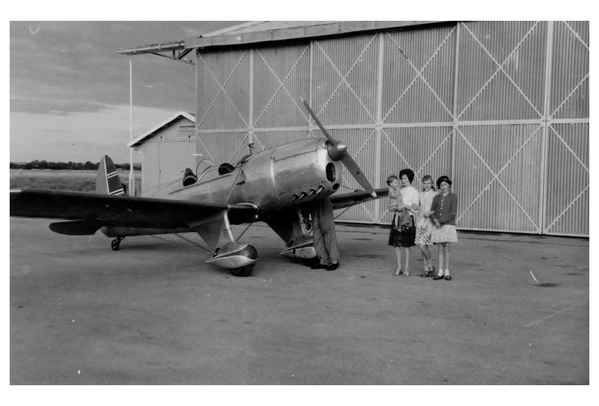 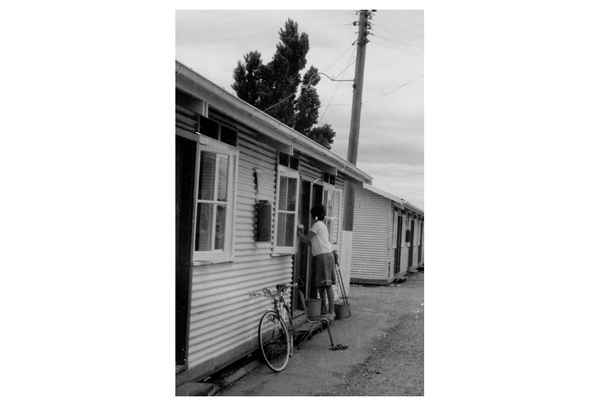 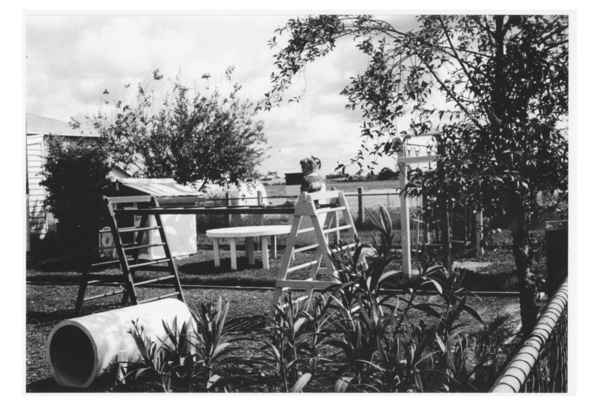 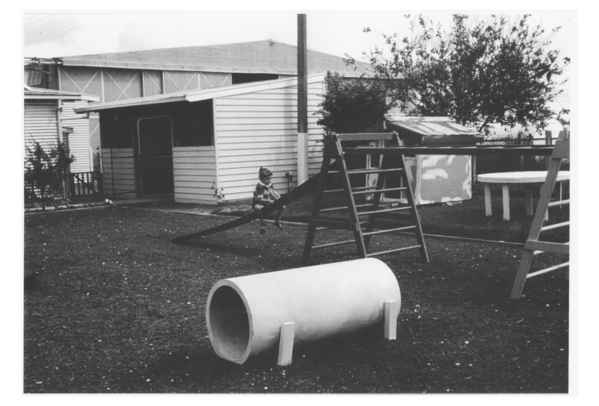 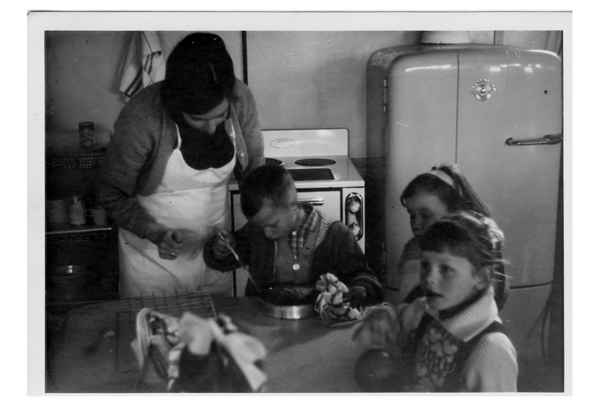 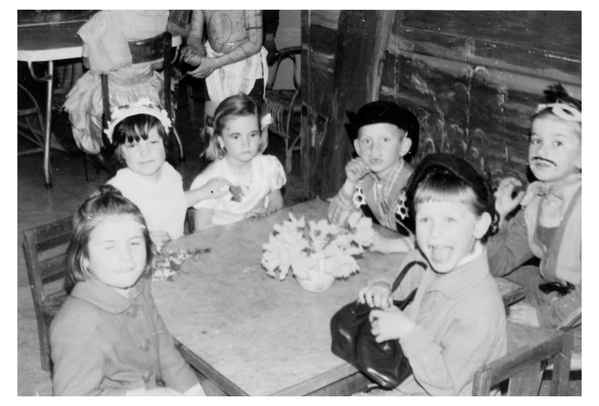 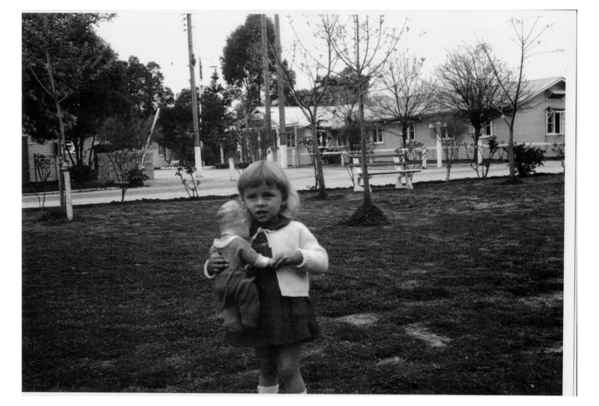 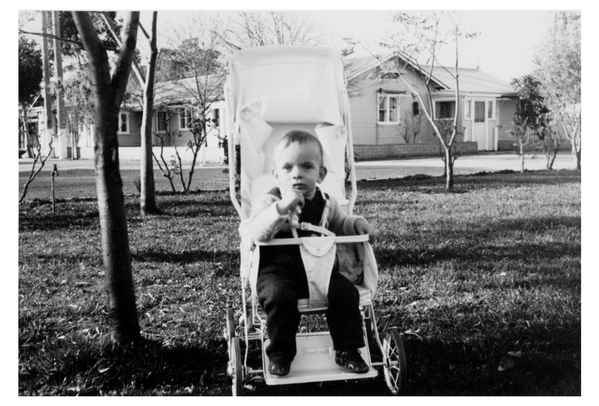 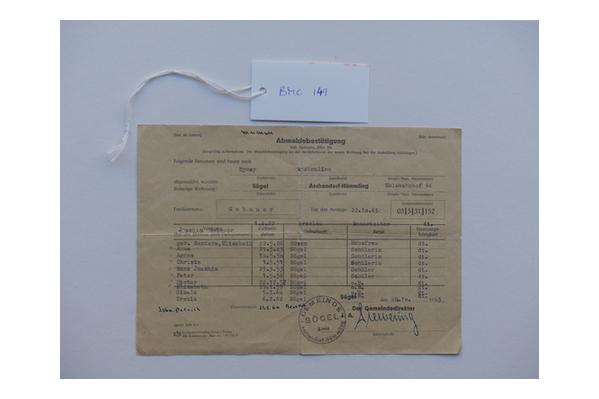 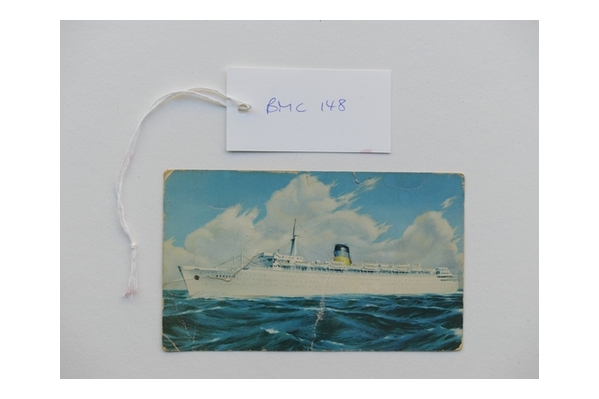 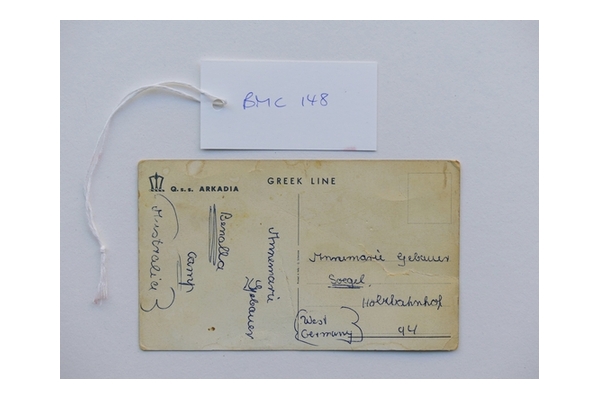 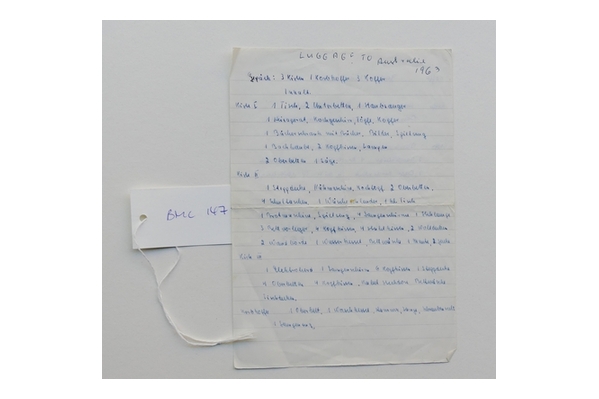 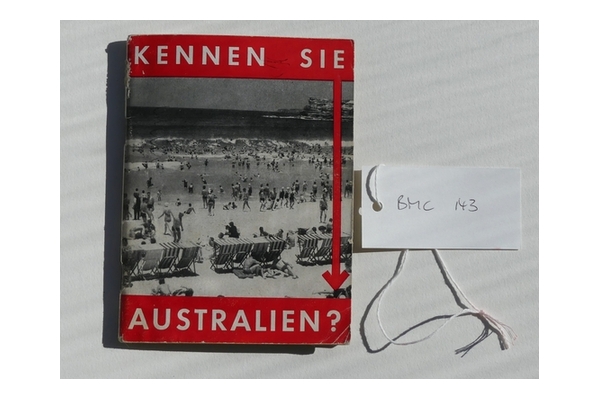 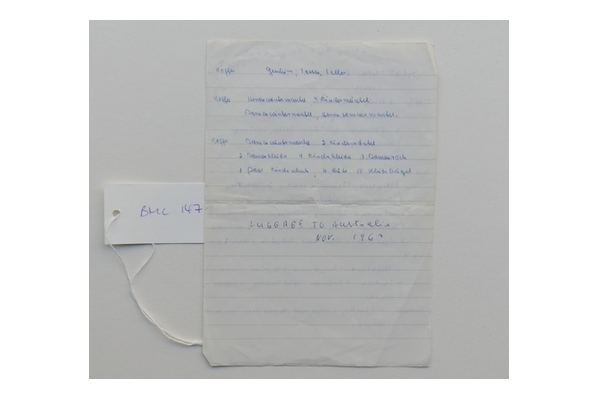 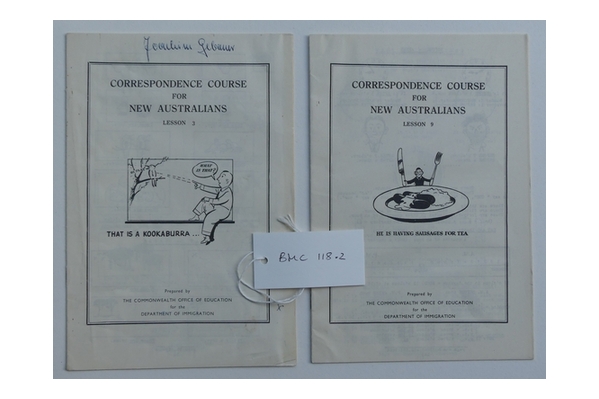 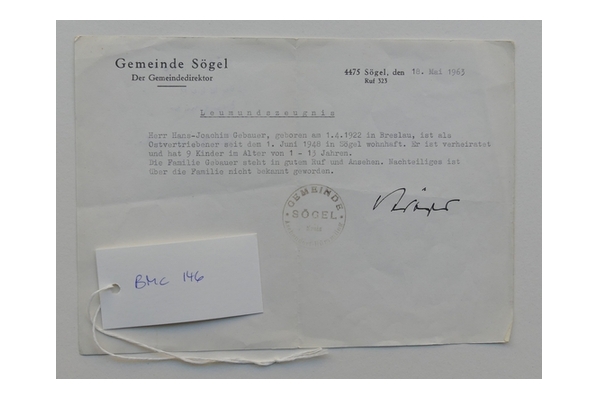 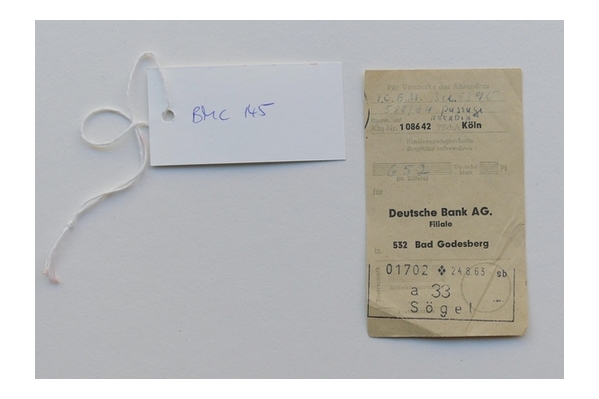 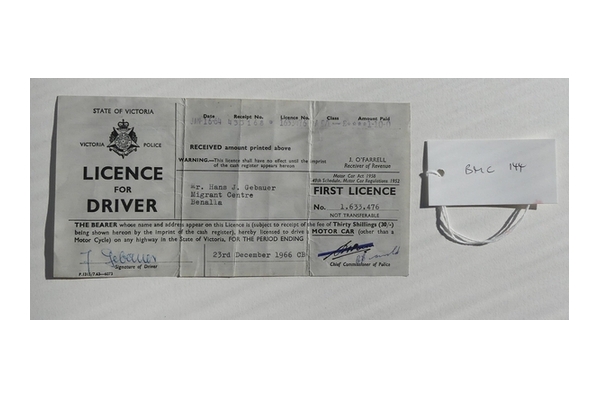 Records in Benalla Cemetery for GEBAUER