This information was gathered from the stories and records of my dad, Aivars Aldis Bruns and his sister Rasma Eimanis (nee Bruns).

Dad left Latvia with his mum, Austra Bruns and younger sister, Rasma on his 10th birthday in 1944. Dad’s father, Martins Bruns was a senior lieutenant in the Latvian Army and had managed to secure a place for his family on the last army ship leaving Riga. As refugees, they initially lived in the small farming community of Pokrent, Germany, where my dad’s younger brother Juris was born in 1945. With the arrival of the American Army in Germany, dad’s family was moved to a displaced persons camp in Lubeck, where they spent 5 years. Towards the end of this time they ended up in a camp in Fallingbostel. As they were one of the last few families remaining at this camp, they were included on a plane to Australia, that was meant to be for pregnant women and very young families. The plane, which was named “The Flying Tiger” flew out of Bremen airport in Germany and landed in Sydney. From here dad’s family travelled by train to Bonegilla. That was a month before Christmas of 1950.

After a couple of months, dad and his mum and two younger siblings were transferred to Benalla migrant camp. Dad’s father was sent to Sydney to work for the Metropolitan Sewerage and Drainage Board, where his job was to dig trenches. As dad was 16 years old, he was considered an adult and had to complete the two year Australian Government work contract. He was assigned to work for Army Canteen Services in Benalla. In his free time he earnt extra money picking pears and peaches for local fruit growers. Dad’s mum secured a job at the Italian clothing factory “Latoof and Callil” in Benalla. She did piece work, sewing pyjamas for Coles stores. Dad’s younger brother went to kinder at Benalla migrant camp. His sister was 13 years old at the time, and was enrolled in Year 1 at Benalla High. She recalls having to catch a bus to high school and finding it very hard to fit in. The European migrants were called “Balts” by the other students. She couldn’t speak English and struggled with the text books and history exams. On the other hand, she did quite enjoy the practical classes such as cooking and needle work. She said that the practical classes got her through high school. There is a photo of dad and his sister and their father standing outside the school bus in the website photo gallery.

(Inserted by Sabine Smyth: One of the Bruns photos shows the ‘’Blue Terror’’ (as recalled by Aivars Bruns on his visit to Hut 11), a blue bus that lived at the camp and was used to drive the migrant camp children to the public secondary school.)

During his time at Benalla migrant camp, dad lived in the staff quarters with a friend, while his mum and two younger siblings were allocated one room in the curved tin barracks. Dad’s sister recalls it being extremely hot in the barrack. There was no insulation and the floor was bare concrete. They shared communal showers and toilets in a corrugated iron toilet block. They had their meals in a large communal dining room. The food was simple, and often included lamb chops, which were very fatty and quite foreign to the traditional Latvian diet. There was a big hall with a camp canteen opposite to it. Dad’s sister recalls the canteen being more like a milk bar that sold icecream and milkshakes.

Social gatherings and dances were held in the big hall. The Latvians at the camp started a Latvian folk dancing group and the young people would take part in rock and roll dances in the hall. It was at one of these dances that dad’s sister met her future husband. They also travelled to another hall on the outskirts of Benalla to attend square dancing evenings with the local community.

After about a year, dad’s father was able to secure a position as a camp inspector at Benalla migrant camp and moved back from Sydney. His position also meant that the family was allocated a slightly more spacious 2 room “apartment” in the square staff barracks. Their new rooms were closer to all the amenities. Dad’s father went to great pains to personalise their little home. He built a small picket fence and decorated the front with vines. There is a photo of dad’s mum and two younger siblings outside their Benalla migrant camp home in the website photo gallery.

After two years of working in the army canteen, dad was allowed to go back to high school. He completed his matriculation at Benalla High in 1954. A year later dad’s family left Benalla and moved to Fawkner (on the outskirts of Melbourne), where they bought their own house and dad started working for the Country Roads Board, whilst studying subjects towards a Civil Engineering Diploma in the evenings. The friendships with other Latvian families that had been made during their  time at Benalla Migrant Camp were strong and impactful, and continued in their social and Latvian Community life for many, many years. 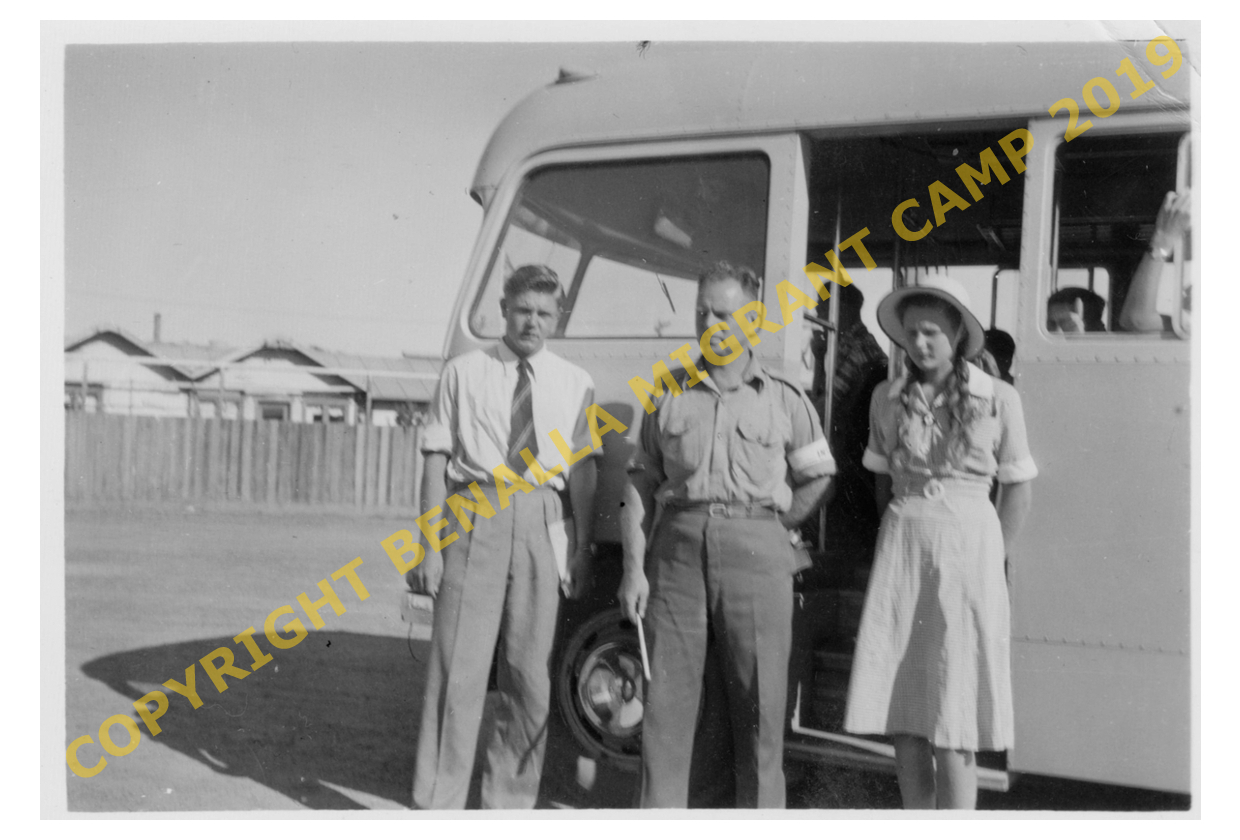 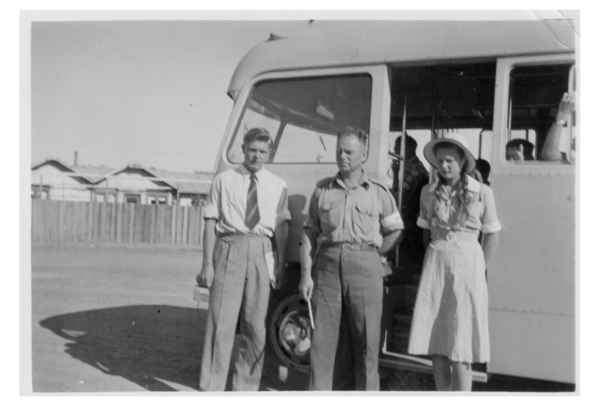 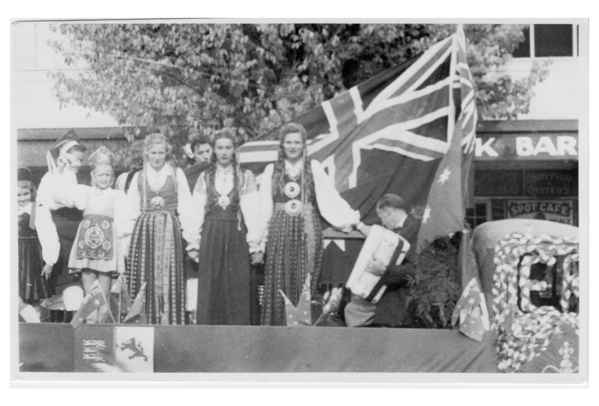 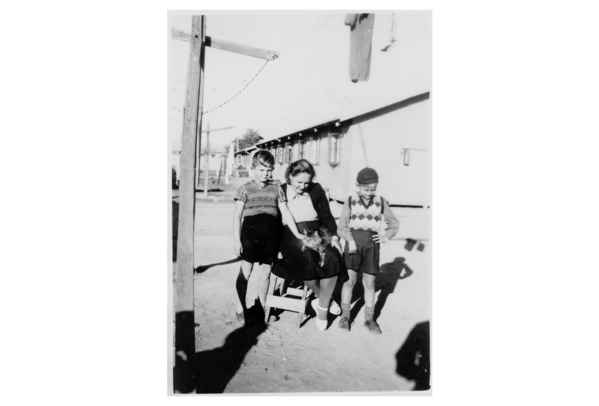 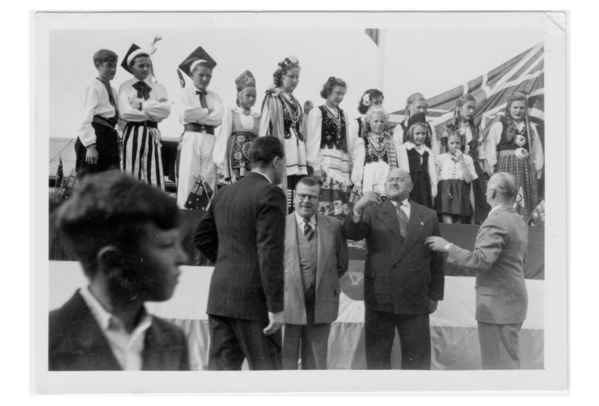 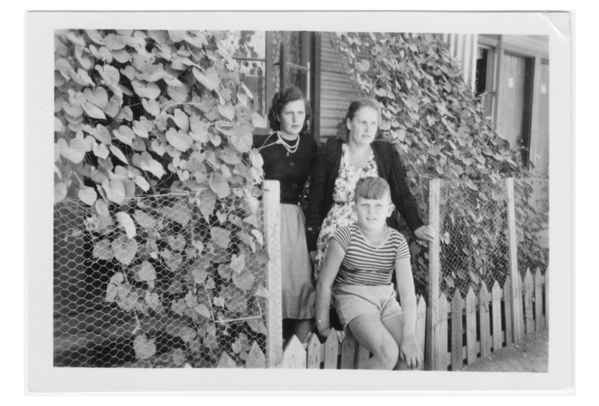 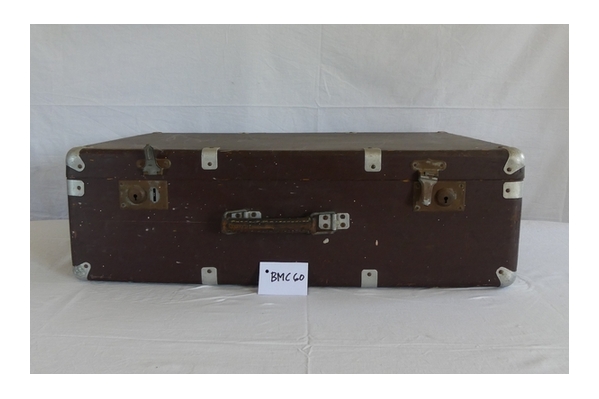