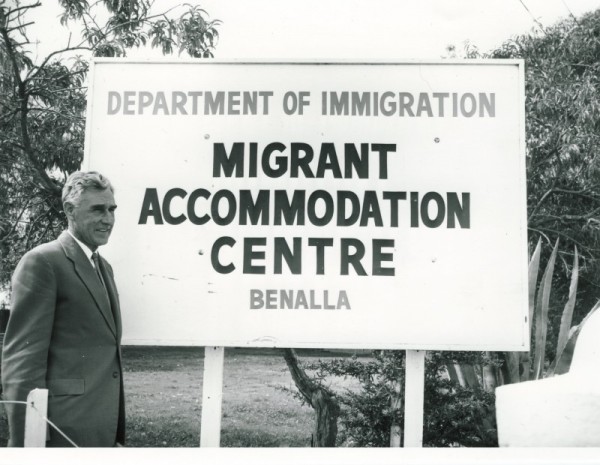 Welcome. This website is one of several initiatives by Benalla Migrant Camp Inc. We are a volunteer community project which began to gather the photos and stories of resident families of the former Benalla Migrant Camp in October 2012. Our aim was to collect and tell the stories, before they were lost forever.

On Australia Day 2013 we opened an exhibition in Hut 11 (an original migrant camp accommodation hut) on the former migrant camp site – now the Benalla Airport precinct. The exhibition had 1,500 visitors in five open days, which was considered an amazing success for a town the size of Benalla. We felt we could not stop there, and just pack everything away.

Benalla Migrant Camp Inc. was formed in April 2013 in order to keep the exhibition open and to progress with the gathering of historical material from former residents. Also importantly, we began to try and seek protection of the site through a State Heritage listing. This was complicated by the fact, that the site did not even have local heritage overlays at that time. We were successful with our fight for State Heritage Protection, but we were ultimately unsuccessful with securing a suitable permanent location for an exhibition, on the former camp site.

When the exhibition in Hut 11 closed in November 2019, a transition to an on-line exhibition was considered the next logical step. We hope this website provides you with the information and resources you are looking for.