How did the local people interact with the migrants?

Margot Paez: The locals didn’t “fully embrace” what the migrants had to offer. There seemed to be a distinct “divide” between the migrants and the locals – perhaps even mistrust of them driven by a lack of understanding as to how they came to be here? Also the generational divide may have been a problem for the locals (that they’d fought in First/Second World Wars and distrusted these “foreigners”. Ie. Who were these people? Where exactly did they come from? Were they allies or enemies? etc). This lack of understanding was based on ignorance mostly, that the locals just didn’t really know much about the situation in Europe during and after the war. They had little comprehension of these people’s experiences.

The migrant women didn’t have time to socialize with local women, they were either working in factories/hospital etc or spending a lot of time growing/producing food. Nor did they necessarily have the language (their kids would often do the translation), so their involvement in tennis clubs, bridge clubs, “school mothers’ clubs” etc, was probably limited, therefore they never really got the chance to get to know other local women on a social level.

Food production and preparation was so different to typical “anglo” ways of doing things. The Paez family, for example, were surrounded by migrant families and benefitted from their diligence in producing fruit and vegetables. These vegetables, (many of the varieties never having been seen by the locals before) were given to the Paez’s by throwing zucchinis, capsicums, etc over the back fence! Many generous offerings were given to the Paez’s, including delicious “preserves” such as dill pickles in glass jars.

What kinds of activities/functions/events were shared by both groups?

Cabarets? Dances? “Good Neighbour Council” (Who were they? Did they organize social events? Not sure about this organization……..)

Ralph and Margaret Paez attended many cabarets at the Migrant centre but there weren’t many other “locals” there. Margaret was always so impressed by how beautifully dressed the women of the migrant camp were. Their clothes were so elegant, beautiful shoes, hair etc (European “style” and flair).

How were the migrants “viewed” by the local people (in terms of their employment at Renold Chains)?

Story of Ralph Paez in local pub being confronted by a disgruntled Benalla local who was upset by Renold’s employment of migrants over locals. Ralph was given a “boot up the arse” as described by his brother-in-law who was with him at the time (probably a symbolic action of “you should be looking after your own kind and not those “I–ties” and “shame on you”) as he was leaving the bar by a local man who felt that the chain factory bosses were more interested in employing migrants than the locals. Ralph’s brother-in-law, Jim Redpath, decided to take it up with the bloke who dared kick Ralph. A bit of a tussle between Ralph’s “minder”, Jim and the “arse kicker” ensued….. Nothing too serious, however, it probably signified underlying resentment by some community members.

How did the local Benalla children interact with migrant children?

The migrant and local kids somehow sorted out their own “arrangements”– often playing/fighting in a single session!

Margot Bright (nee Paez) – As a child, Margot lived in the same neighbourhood as many migrant families (who were living in both Commission housing and a few in private housing). She remembers playing with those children in the street – many of them went to the Catholic school, whereas Margot and her siblings went to Benalla East State School, so that she played with them after school and on weekends. She remembers being mates with the Pryslipski (Ukraine ?) kids who lived across the road, but were former residents of the Migrant Camp. Margot and Lasha (Lee?) would get on Margot’s bike (Lasha standing on the back parcel seat), go down to the Migrant Camp, and tear around the camp shouting insults at the kids there. Often there were rock or “clod” throwing fights where the Anglo kids, often just siblings, in this case Margot and her sister Deborah, forming an alliance, “warring” against the “Balts” across the street (in this case Meadows Ave). Alliances would chop and change depending on the day or mood of the participants. Insults would be shouted at one another as “clods”/rocks were thrown. The street was the main playground for the kids and it was only when their Mum called out for them to come in because it was tea time, would they stop their “play”. (Often it was the migrant kids who would be the ones preparing food so perhaps they had to go in earlier).

Deborah Paez: We lived at 12 Meadows Ave until we moved to the company house in Samaria Rd when Dad was promoted to General Manager of Renold Chains in about 1963.

In those days (the mid-1950s), Meadows Ave was divided in 2 by the old Tatong railway line. The north side was comprised entirely of council houses: the south side (our end) were all private houses. Migrant families lived on both sides, but most lived in the council houses. All had lived in the Migrant Centre upon arriving in Benalla.

Our neighbours on both sides and across the street were migrant families (the Pryslipski family (parents, children son Miklos(?)known as Mick, daughters Danutia and Lasha (not sure of spelling), the Nesser family (kids Bogdan or Bobby, and Maria), and the Hesky family (2 daughters, very reclusive), and Mr. Olivera down the street.

The Tatong railway line fell into disuse late 40s/early 50s (?) and when the rails were torn up soon after, the whole stretch became a playground for ALL the kids. 'Battles' were certainly fought, but I remember them as being more between the 'north' and the 'south'. The ones between us and our neighbours were mere skirmishes. As often, we were 'allies' (eg. Margot's and Lasha's sortie into the migrant camp). So it was less about anglos vs bolts (that's how we thought 'Balts' was spelt. We had no idea what it meant but knew it was an insult) than it was about territory.

To put things into perspective though, you were just as likely to see kids playing together (allies, tiggy, brandy, hidey, skippy, queenie, poison ball, etc) as you were to see them fighting. It was the nature of childhood then; a glorious lack of adult interference for a considerable part of the day - as long as you were home for 'tea' and before dark.

The migrant kids certainly lived different lives from us anglos. They didn't have nearly as much freedom as we did. They all had 'real' jobs and responsibilities in the home; not just, as for us, a matter of putting away your toys or tidying your bedroom; they tended vegetable gardens, cleaned toilets, prepared meals, washed, ironed, scrubbed. Both parents worked full-time, often over-time and on weekends.

I remember being absolutely astonished by the fact that kids had to do hard work ... every day! I can also remember how the Pryslipski kids dropped everything and ran home instantly when their parents called them inside. Their parents were scarily strict compared to ours, in our eyes!

I got to see inside the houses of our neighbours only a few times (kids didn't play inside much in those days, unless it was raining or really cold), but I remember them being much darker than ours, windows heavily-curtained, with cold lino floors in every room, no rugs or carpets (although there were usually one or two tapestry rugs hung on walls), sparsely furnished (no comfy furniture), meticulously clean, with strange religious icons and pictures on the walls. And the houses smelled different to us kids, because of the  'strange and mysterious' foods cooked in them.

(She has promised more to come…….) 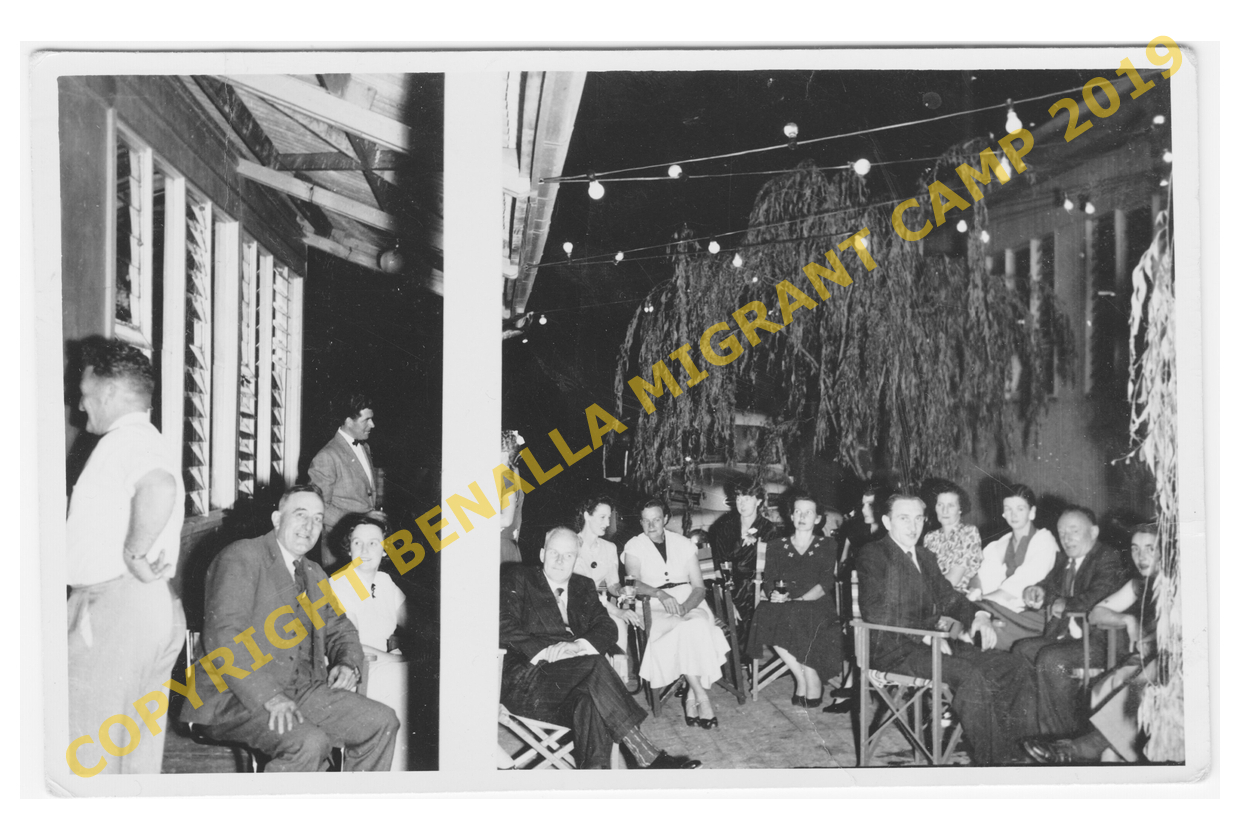 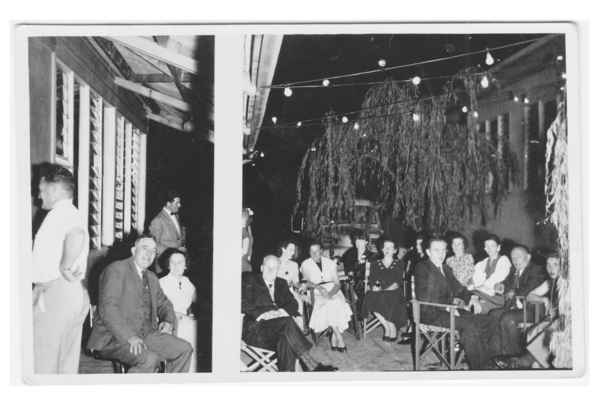 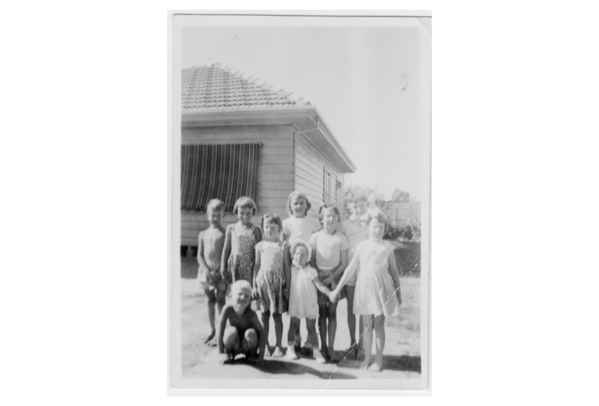 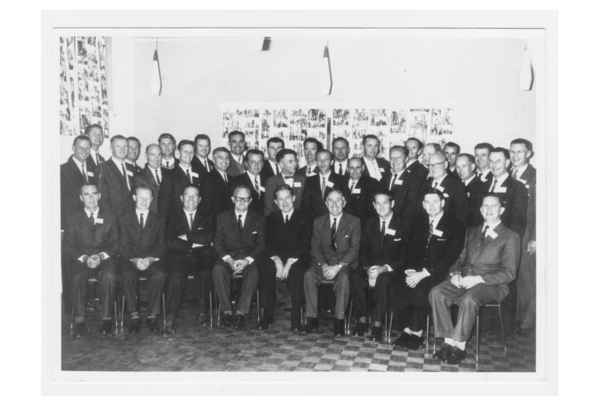 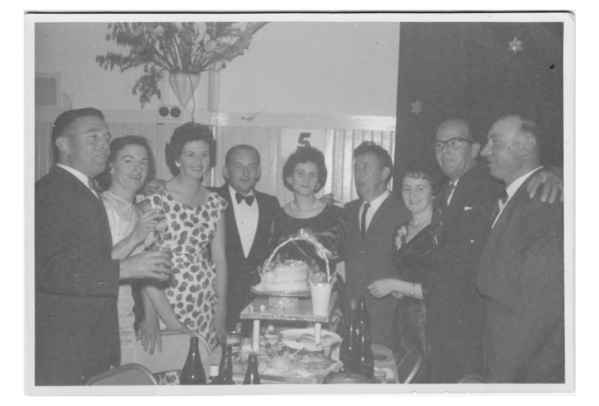 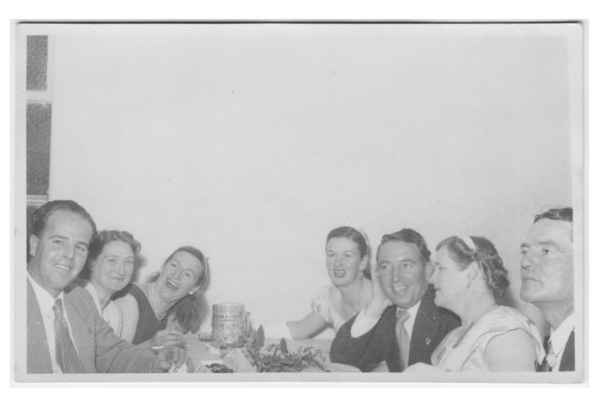 Records in Benalla Cemetery for PAEZ