My name is Amanda Blanche now, but I was born Amanda Gravitis, the fifth child of Alma and Otto Gravitis, born in 1948 in a Displaced Persons camp in Flensburg, Germany.  My father died 6 months later, aged 66, and my mother was left a widow with five children, a refugee in a strange land.

The family had fled their home near Jaungulbene, Latvia, in 1944, in the face of an oncoming tide of Soviet encroachment, after having withstood previous German army onslaughts over their small farming property.  They always thought it would be a temporary measure, - that they would be returning at some time.  It was not to be.

After the war, Australia was looking for immigrants, and they accepted my widowed mother and family.  So we arrived in 1950 on the General Hanselman.  After being shuffled from one migrant facility to another for several months, we finally arrived at Benalla Immigration Holding Centre in 1952.

I was four years old.  I remember the pre-school kindergarten that I attended in Benalla IHC.  I enjoyed being there, playing in the playing area, blowing soap bubbles through a plastic pipe, painting the corrugated iron walls with water and a huge paint brush, and being puzzled as to why it never looked any different once the ‘paint’ dried, having naps in the afternoon on little camp beds.  Then being so excited about finally going to ‘The Big School’!

Well, once at the Big School, we found that we were only in Baby Grade – Kindergarten again.  Not to worry.  It was good.  We had toys to play with, and singing around the piano, stories read to us about Babar the Elephant, and then learning to read about John and Betty.  John jumps and Betty skips – how that sticks in my mind.  Lots of years at school in the next few years.  I remember Mr Spry in 4th class, and the day that a big brown snake poked his head in at the classroom window, and Mr Spry grabbed the blackboard ruler and whacked the snake.  We all went outside to shudder at the big long dead snake.

I remember that at school there was a school bell, and one of us in 6th class would go and ring the bell to announce recess or lunch time.  Only two dings though.  Any more dings and it would be the fire alarm for the camp.  And there were occasionally fires.  I remember that bell being dinged furiously, but not by one of us, some guy or other, when there was a fire outbreak in the airfield.  The school was right next to the aerodrome.  I remember all the menfolk beating at the flames in the grass with hessian sacks.  They did it, and the fire was put out eventually.

My sister Nelda and my brother Vilis were three, and six years older than me.  I didn’t see them except at mealtimes.  They had their own friends and had no time for me most of the time.  Nelda was always off somewhere with Inge Pruks, and Vilis with Oswald Sturesteps.  I had different friends over the years.  I remember Isabella, a gentle Polish girl, and Stasha, and then Silvija Rits.

There were different nationalities at the camp.  There were the Latvians, Estonians and presumably Lithuanians, and then lots of Germans and Polish people.  At one stage some Italians, and one family of Albanians.  They were special because they were not either Catholic or Lutheran as the rest of us were, they were Muslim.  Otherwise they were the same as us, Silvana used to play with us, no problems.  At school we had scripture once a fortnight, Pastor Wandel came from Wangaratta, the next town.  There was a Catholic Father who came for the Catholics.  On Sundays, we had church/Sunday school once a fortnight too.  Pastor Wandel came for that too, and he brought some younger people with him to do the Sunday school for the children.  I remember Mr Tiit Tonuri.  And now actually I have noticed letters occasionally in the SMH from him – he lives out west over the mountains somewhere.  One of the school barracks was a special church barrack.  There were wooden benches there as pews, and an altar, and a curtained off area.  A blue curtain.  Often I used to wonder what was behind that blue curtain.  And once when my mother was rostered on to tidy up and wash the church vases – I found out.  I had a look – and behind the blue curtain was a beautiful statue of Mary.  Us Lutherans don’t have statues, or graven images, but Catholics are not constrained in that way.

So there were different sets of barracks in the camp.  It was originally an Air Force Camp.  So our school buildings had been the Air Force Training Barracks, but they did have that church barrack.  Then there were the Mess Barracks.  There was a huge Kitchen Complex, which I never got to see.  All of our meals were prepared there.  We attended the dining rooms, and the food serving section.  They gave us good meals.  The breakfasts we used to pick up and bring home to our rooms, for some reason.  We went there for lunch and dinner.  We were all issued with meal cards which had to be shown and one lady would clip the card, presumably so that we couldn’t go for two dinners or breakfasts or whatever.  There were separate cards for milk.  Only the children were entitled to milk rations.  I remember there was one Polish milk lady who was very generous, and would often put in an extra ladle of milk for us.  There was a huge Tea urn.  We could access that ourselves.  I remember we used to bring it home in a container.  Hot tea was nothing special to me, but after school, the cold sweet tea was a real treat to drink.

Another thing that we had cards for was the linen.  Every week we could go to the linen store and change our pillowcases and one sheet each.  And our cards got clipped for that too.

There was a Wash Room in the Ablutions Block.  There were sinks or basins for washing clothes.  There were clothes lines set up in between the dormitory barracks.  There were showers and toilets here too.  There was one bathroom with a bath, but you had to get a key from the Supervisor for that.  Not many people bothered.  There was plenty of hot water for showers.  You did have to walk home across the dusty ground back home though.  It was a long way to go to brush your teeth too.  Actually there were taps outside the ends of the barracks, I don’t remember the details too well – maybe there were taps in other places outside too, for cold water.

The rooms where we lived were just rooms – with a door and a window.  And power for lights.  It used to get cold in the winter.  I remember that my mother had a little primus stove, with kerosene as fuel.  We had hot water bottles, very nice, unless they burst.  The floors were wooden.  If my mother washed the floor it took ages to dry.  There were different types of huts.  Some were semicircular things with doors outside, some were rectangular barracks, still with front doors outside, but then the officers’ barracks, to which we graduated for the last year before we left, which had a corridor down the centre, and doors inside.  That was a luxury!

Our mail we collected at the Supervisors office.  My two older sisters (17 and 18 years older than me) were not with us, they were sent to Melbourne to train as Hospital Aides.  They used to send us a telegram on our birthdays.  That was special – there would be an announcement over the loud speaker – “Attention, attention, please.  There is a telegram to be collected at the Supervisors office for Amanda Gravitis”.  Now that was special.  But besides that the Commonwealth government did not forget us kids either.  We were summoned to the Supervisor’s office on our birthdays and would receive a specially gift wrapped book.  And that was good.  With a special label inside with our names on it.  I still have some of them.  Somewhere.  But I won’t go and look now.

Another special thing was Christmas, for us kids.  One day Santa would come, on the back of a Ute.  And he would be driven to the large community Hall.  And we would all get a special Xmas present, and some goodies as well.  In the school holidays there would be special ‘teachers’ that came to give us things to do, games to play, and we might go on little excursions somewhere for the day on a bus.

Also, every so often, at the Benalla airfield, there would be an Open Day.  And we could actually go in and have a look at the aeroplanes that were there.  There would be flying demonstrations, which we could all watch, and sometimes there would be airmen jumping out of the planes with parachutes, and we would watch them slowly drifting, to see where they would land.

I have many good memories of my time at the Benalla camp.  I was excited when it was time to leave, but very sorry at the same time to leave my good friends who were still there.

We left at the end of 1959 to travel to Sydney to live with one of my older sisters and her husband.  They had just had a house built in the suburb of Revesby.  Inga had promised our father, in 1948 when he was dying, that she would look after her mother and the three younger children.  We all lived with Inga and her husband Janis for a few years until they bought a new house, and Vilis bought the old house off them.  My mother and my three sisters have since died, so now there is only Vilis and I left of the little Gravitis family who arrived in Australia in 1950, on the third of March – seventy years ago, to the day, of my writing this. 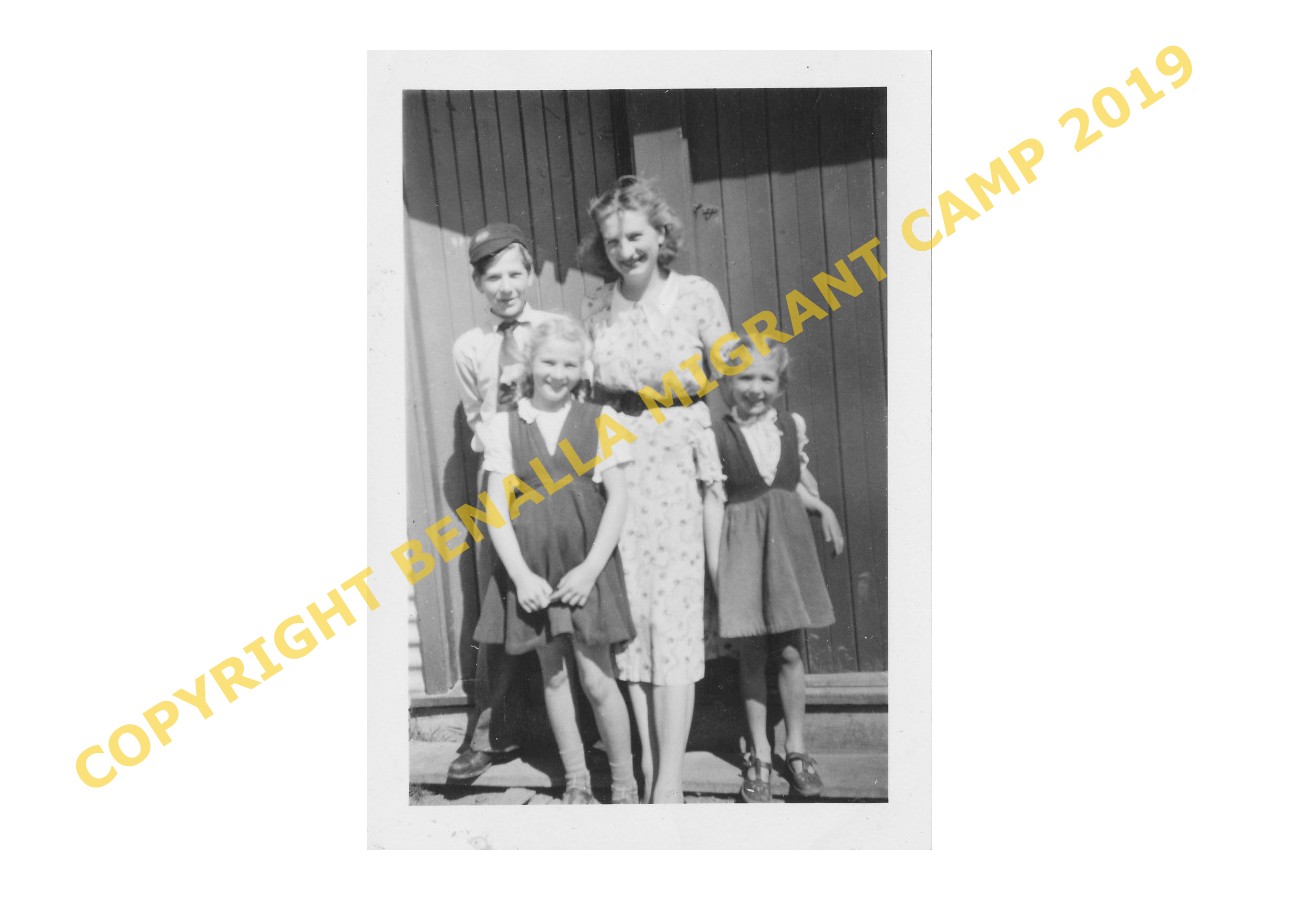 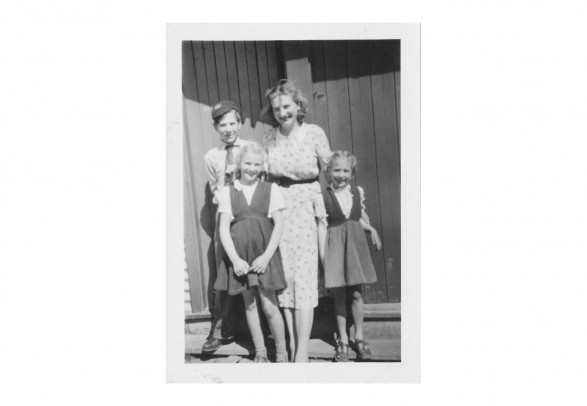 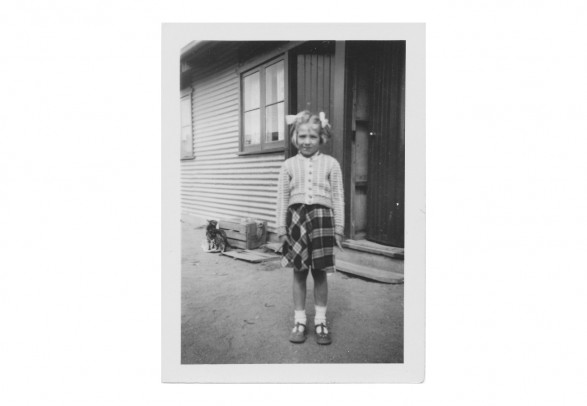 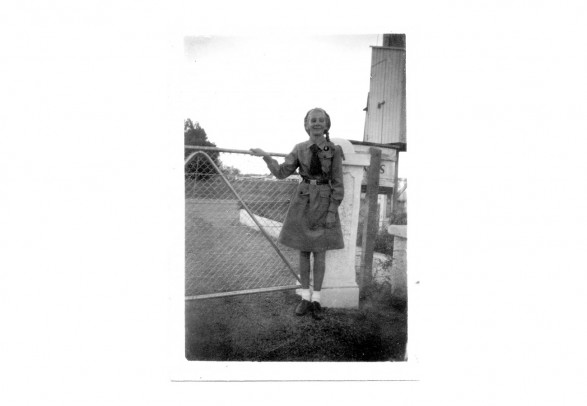 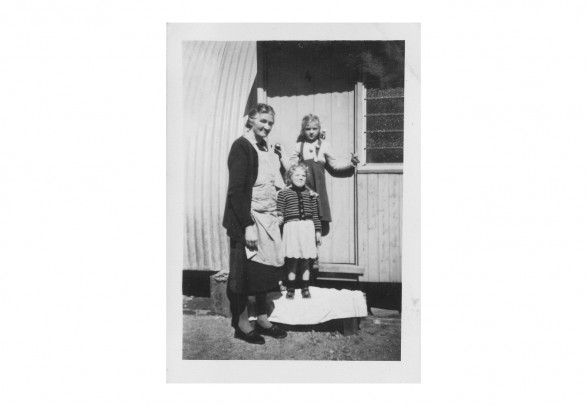 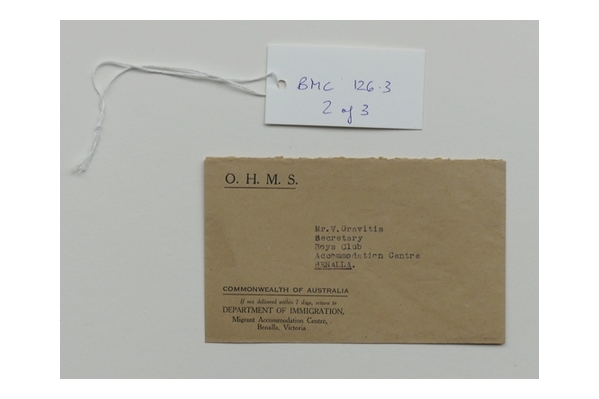 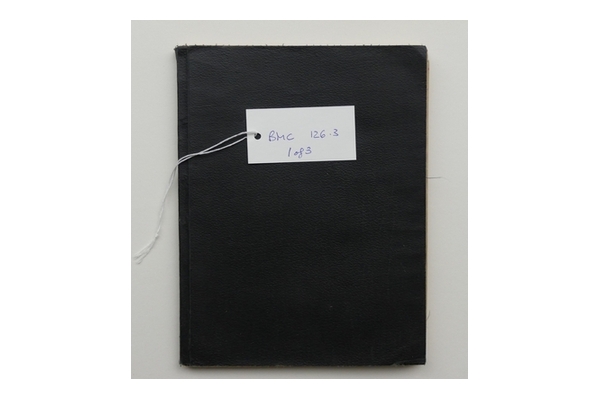 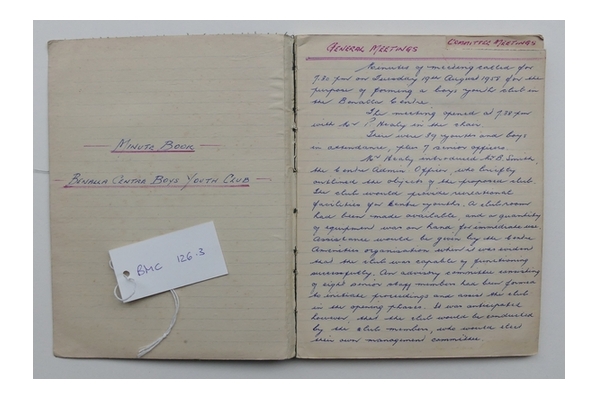 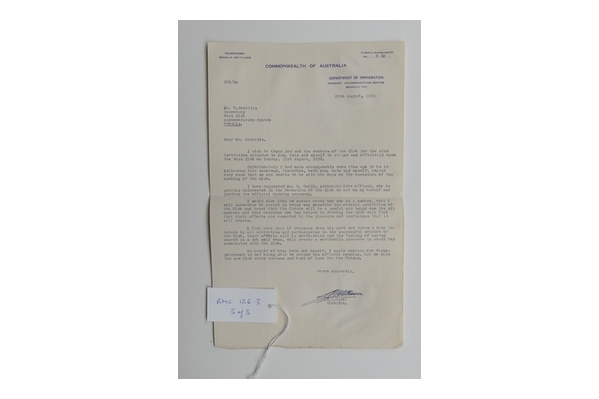