Our journey:
22 August 1962: Left country of origin – Holland
25 August 1962: Arrived Bonegilla
14 September 1962: Arrived Benalla because Tony got a job as storeman there
12 April 1963: rented a house in Shepparton as both Liz and Tony found work in the Mooroopna Base Hospital.

Why did you come to Australia?
After World War 2, Holland was devastated and many Dutch people left to work in Indonesia. We met and married there and lived there for about seven years from approximately 1950. Tony managed various branches of Hagemeyer, (a Dutch import-export company), around Indonesia. Liz was a medical technologist in Djakarta and later at the Institute of Pasteur in Bandung. Their first daughter, Ellen, was born in Djakarta in 1956. Indonesia wanted their independence from the Dutch and Liz, pregnant with their second daughter, left with Ellen for Holland on Christmas Day 1957. Tony followed two months later. Margie was born in Holland in June 1958. Tony was sent to Dutch New Guinea by Hagemeyer in July. Liz and their two daughters followed in October. In January 1962, Indonesia laid claim to Dutch New Guinea (now called West Papua) and we had to return to Holland. However we felt stranded there after twelve years away in the tropics and it wasn’t long before Australia beckoned. We successfully applied under the Netherlands Australia Migration Agreement. We had heard that there was work in Victoria.

How did you travel?
We flew with KLM from Amsterdam to Sydney via Hollandia (now Jayapura) in Dutch new Guinea, arriving on Tony’s 39th birthday on 25 August 1962. We travelled by train from Sydney to Bonegilla. Ellen remembers the journey as being very cold. The train had provided heated blocks on which to warm your feet!

Did you have any fears?
Liz could not remember any fears…only hopes…that they could find work and could live happily in Australia.

Memories of the camp? Written by Liz in 1990.
‘We felt happy in our Nissan hut in Bonegilla, at last we were on ourselves again. We stayed there for two weeks, from 25/08/62 to 14/09/62, while Tony tried to get a job. It was not easy to find good jobs as there was a recession in Australia. This posed a problem for him as he had had good jobs in both Indonesia and Dutch New Guinea. When he was offered work as a storeman in the Benalla Migrant Centre, he accepted that. Here we got a Nissan hut with three rooms and a bathroom. Ellen went to the school of the centre, to the first grade and Margie went to kindergarten. One thing Ellen remembers is her first taste of a peach…how the skin stuck in her throat. She has rarely eaten another peach after that, even one that is peeled! They learned to speak English in no time. I had taken a correspondence course in English when we lived in Dutch New Guinea and, as I could also speak a number of other languages, I found work as an interpreter in the medical centre (Wieviel schmutzige Hosen macht das Baby in der Nacht). Later I worked as an office cleaner and a distributor of food in the kitchen. Tony worked in the store with a German, George. We bought a maroon-coloured Volkswagen from 1958 for 450 pounds ($900). We made many drives in it in the country. Ellen remembers a drive to Tatong and while walking in the bush, bending to pick up what she thought was a garden hose…which was of course…a snake!

I paid a visit to the manager of the Benalla Hospital, Mr French. Could he help me find a job in my profession, medical technologist? He introduced me to Dr. Drury-White, the pathologist of Wangaratta. Yes, she could help, but also Tony should also have a job then in Wangaratta. One day, the office of the centre had good news: Mooroopna Base Hospital needed a hospital scientist. All four of us travelled to Mooroopna, in the Volkswagen. Dr. Elvin, the manager of the hospital, took me to pathology, to Dr. Norman Young, the pathologist. He gave me a part-time job and I did not have to go on-call, because of our small children. My wages were 21 pounds ($42) per week! Dr. Elvin introduced us to Mr. Harry Seydel, a Dutchman, who helped us in many ways. His home stood open for us and his wife, Roel, was also very friendly and helpful. Mr. Dick Frost, a friend of the Seydel’s, offered Tony a job in the just opened new laundry of the Mooroopna Base Hospital for 16 pound 12 shillings ($32) per week. We both had jobs, but no house yet! We intended to buy a house and looked in several homes, but decided to have a house built and Harry Seydel took us to a wide open space, on the right side of St. Mary’s church, and there we bought a block of land for 425 pounds ($850!). There were no roads yet, there was nothing, we were the first to build there in the Woods Estate, except for Pinner’s house near the tennis court and Monk’s house on the Midland Highway. We rented a house in 5 Maple St, Shepparton for 7 pounds per week and we would live there while our house was being built in Emma Street. We returned to Benalla and started buying beds, mattresses, sheets, blankets, pillows for 110 pounds. I just want to mention Ellen and her progress at the school in the migrant centre: when the school holidays started in December, Ellen had only been in the first grade for three months, bust as she was doing very well and we promised to help her, she was allowed to go over to the second grade! Ellen had made a dictionary for herself!

On April 12, 1963, we said goodbye to the Benalla Migrant Centre and moved to Shepparton, to Maple Street, where we felt like normal people again. It was Easter and we had a lovely time! We bought a second-hand radiogram, the first thing we bought except for the Volkswagen. Also our possessions from New Guinea arrived, with some breakage! The foundations for our house were laid. The house cost 4700 pounds and we got a loan of 3000 pounds and monthly we paid 30 pounds off. We did not know it yet, but in 8 years’ time, we would have paid for the house and it would be ours. We moved in on Friday September 13, 1963. Our new life in Australia began! And in 1964, there was a new addition to our family, Sharon Gail, our third daughter, was born in Mooroopna. Three daughters born on three different continents!’

What became of the family?
Ellen became a teacher of Chemistry, Science, Maths, ESL and a teacher of the Deaf. She later worked in Disability Policy in the university sector in Melbourne and Nottingham, England.
Margie is a General Practitioner.
Sharon is also an ESL teacher.
There are 5 grandchildren: two are doctors and one is a pharmacist. The other two are still studying.

Did you ever regret migrating? Written by Liz in 1990.
‘Never! We became happy Australians. Now being retired, we do look back and feel that we did the right thing 28 years ago. Australia has been good to us and we feel happy here. As for our children, Ellen, Margie and Sharon, wherever they will be and whatever lives they will have, they will always have kind feelings towards this country, in which they grew up. This country, their fatherland.’ 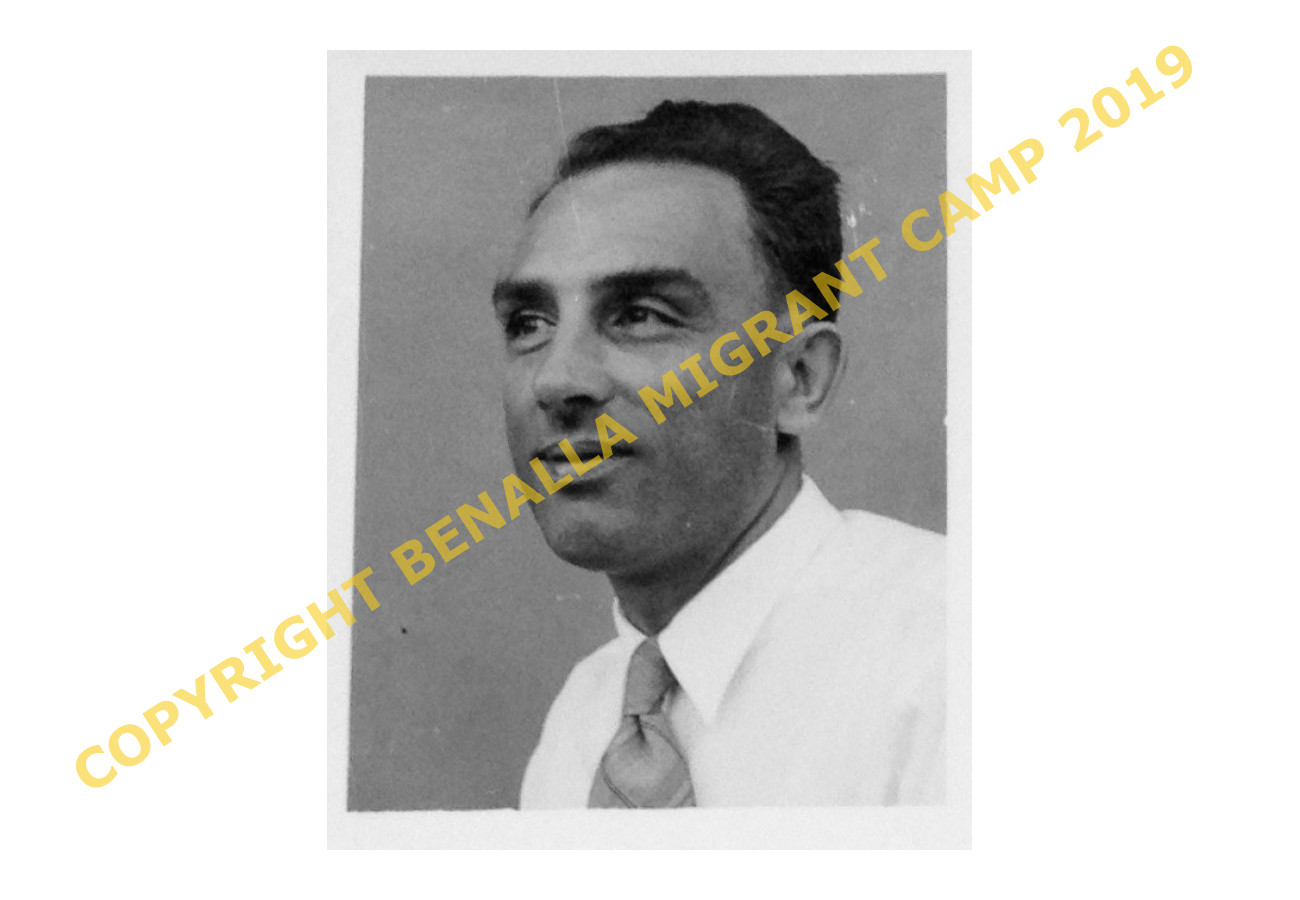 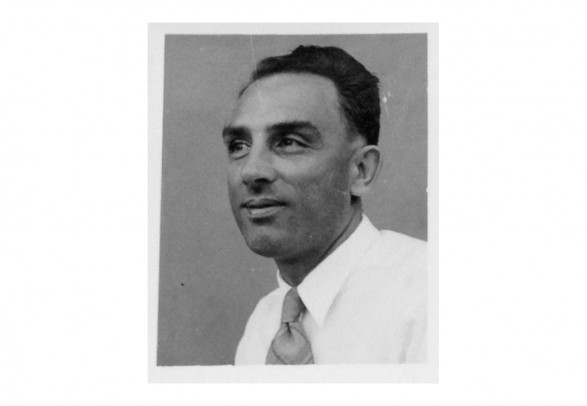 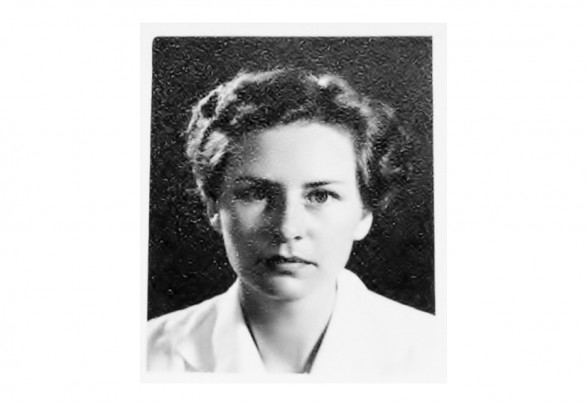 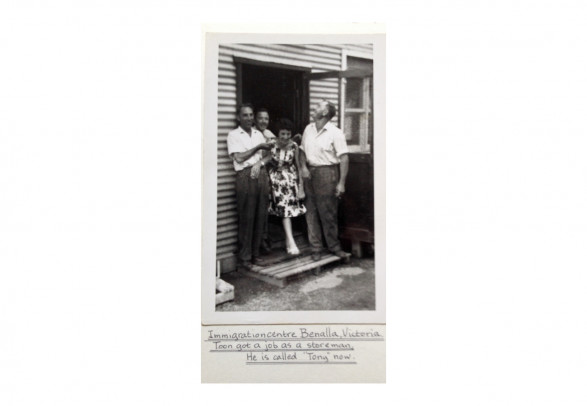 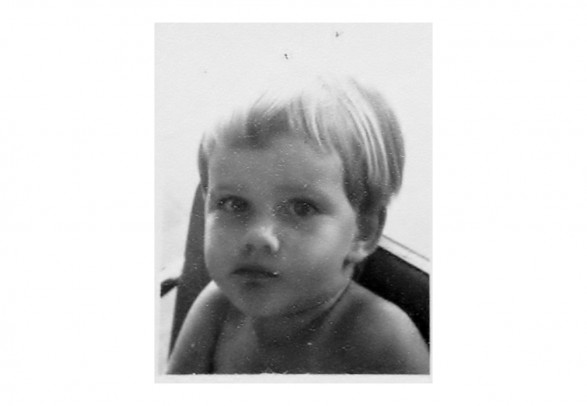 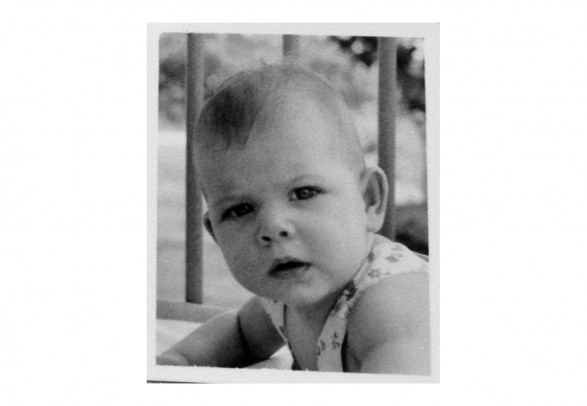 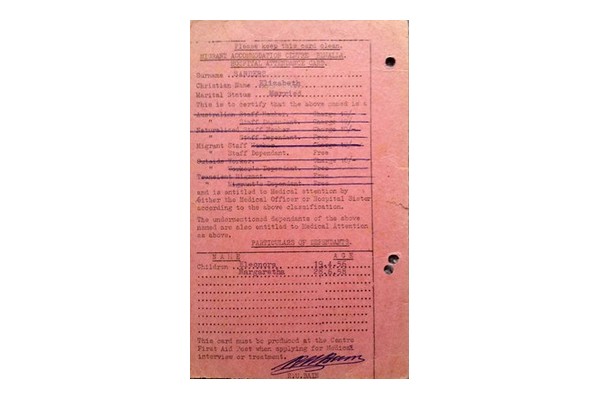 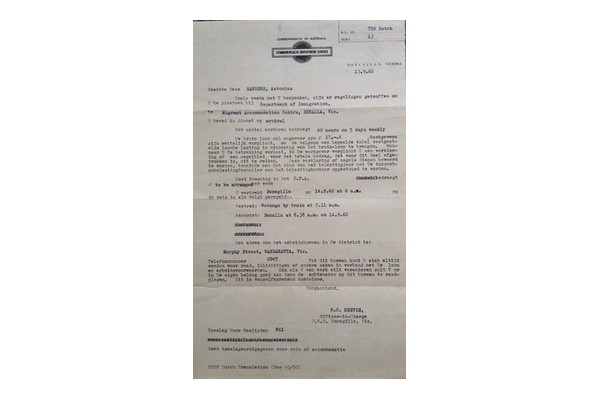 Other families from Holland