This is dedicated to Marija Purens also known as Stugis, and her journey from Latvia to Australia; it is her experience of making history.

She escaped the Soviet occupation of her native Latvia and survived living in Hilter’s Germany. She miraculously escaped death many times such as when bombs fell around her. After surviving all odds she arrived in a foreign country, two small daughters by her side. There were no welcome hugs, no grief counselling, but instead she was judged as a woman alone.

It is often easier to judge than to understand, thus perhaps by explaining her travels, her journey, one can have insight to the how a person adapts, and survives any given situation.

Marija, was born Riga , Latvia, May 30th 1919. She was born to Janus and Annette Pinkoviski, younger sister to her two brothers. Her life growing up was happy, the beloved daughter in a happy household. Life was comfortable, ordinary people living ordinary lives. Riga was a vibrant place, once known as the Paris of the Baltic's. Marija loved Riga but also loved the country side side, and would often visit her Aunt and Uncle, who owned a farm.

Latvia was a truly beautiful land, freshwater lakes, pine, birch and willow trees , a safe haven for wildlife. The precious ieva tree , when in bloom scented the air with a delicious scent. The nightingales sang. Marija met, fell in love and married George Stugis. Life was good.

Alongside her content life changes were happening. In the spring of 1939 the Soviets planned their takeover of the Baltic countries- Latvia, Estonia and Lithuania. Learning to live in one’s homeland once your freedom is threatened , causes hope and fear to do battle within one’s head.

In October 1939, Marija and George were in the countryside when word came of the Russians tanks advancing. The opportunity arose to leave Latvia right there , right now. They grabbed that opportunity as they were in fear of their lives. They raced back to Riga about half and hour away from where they were. Marija pleaded with her mother, brothers and their families to come with her and George, to catch the train , to follow freedom. As surely death awaited when the Russians arrived. The fear and panic was accentuated as they could hear the rumble and vibration of the Russians tanks .

With only one suitcase between them, and after a quick tearful, heart wrenching goodbye, Marjia and George jumped on the train, leaving all she ever knew, and those she loved dearly, behind. Heading through Europe towards Germany, not knowing really where she was going, no idea what lay ahead. Her heart broke and never mended again..all gone.

Marija may have dreamed about foreign soil the high spots like Paris and Rome but this was not the way she had imagined. Fear and terror, not only the train ride, but stepping onto foreign soil was beyond her imagination. Cities no longer, replaced with rubble, starving and lost persons all around, their eyes mirrored her pain. Her soul itself was changing, this forced- by -war metamorphosis was a lonely place. However survival comes hand in hand with steely determination, the will to live and to seek options to do so, outweighs all fear.

Time was spend in Germany, difficult as it was, Marija and George’s love blossomed, and as a result two daughters were born. First born was Tamara, and a year later Aina.

From Germany the family moved to Italy. It was here that George disappeared from Marija’s life, to circumstances beyond her control.

Now she was all alone, totally responsible for her two daughters aged four and three. Marija moved into a displaced persons camp. After some time there Marija embarked on the journey to Australia on the ship Fairsea. The small family unit arrived New Year’s Eve 1949. Stepping foot on Australian soil January 1, 1950.

The decision to come to Australia was made in the transit camp in Italy. Two films were shown to the displaced persons to help them decide between Canada and Australia. In the film about Australia, Marija saw healthy sun-tanned men and women picking the biggest and brightest of oranges. The sky a vivid blue. The people smiling and happy. “This is the country for me, this is the country I want my daughters to grow up in. Australia is the place. Peace , safety , and happiness” is what Marija thought.

Arriving in Sydney, then travelling overland by train to Bathurst, left Marija breathless.

Not form the beauty but from the stark harshness. Where were the orange orchards, where was the beautiful land she was promised? The train took her through drought stricken land. All around was dry, barren dead lifeless trees, dead and dying sheep. The heat was intense.

On arrival Bathurst, she was allocated a room in a hut. Steels beds, rough grey army blankets, tin walls, and bare floor boards awaited her. The food on offer was hard to stomach, mostly lamb floating in fat. The shock was too much, Marija broke down and cried, what had she done? She felt betrayed, let down and oh so afraid. What was she going to do now?

From there she travelled to Benalla Migrant Camp. It was here Marija settled and made her home. Marija found work in various places, such as cleaning at the Broken River Hotel.

Eventually Marija found work at the Benalla Hospital as a kitchen hand , where she remained until she retired in 1985.

In 1954 , Marija fell in love and that union resulted in the birth of a daughter, Velta. It was 1955, and an illegitimate child was not well received. Against much pressure Marija would not relinquish her child.

The migrant came offered a safe haven, an affordable place to bring up her children, not the standard she herself grew up with, but none-the-less a survivable option.

Marija had a brief marriage with Alexander Purens, when that marriage dissolved returned to camp. She was away from the camp for about a year.

From 1957 until the camp closed Marija lived there with her daughters.

Tamara left the camp when she was 16 to go nursing, Aina also left at 16, only to return a few years later. Velta spend her childhood there.

Marija lived the remainder of her life in Benalla and worked at the hospital.

The camp was perhaps not the most ideal place for Marija herself, but for her children it was a wealth of happy experiences, which far outweighed the creature comforts of a well to do home. Our lives as children in the camp were so enriching in a way Marija could not have imagined. True she may not provide a home as she was accustomed to when she was growing up, but none-the-less her stay in the migrant camp was our grounding, was our home, and home is where the heart is.

Marija was the epitome of triumph over adversity, of a woman who happened to live through extraordinary times. To remain a kind and caring person despite being witness of man’s inhumanity to man. Marija is in fact a heroine and well deserving of any and all recognition as do all the displaced persons who arrived and still arrive in Australia. 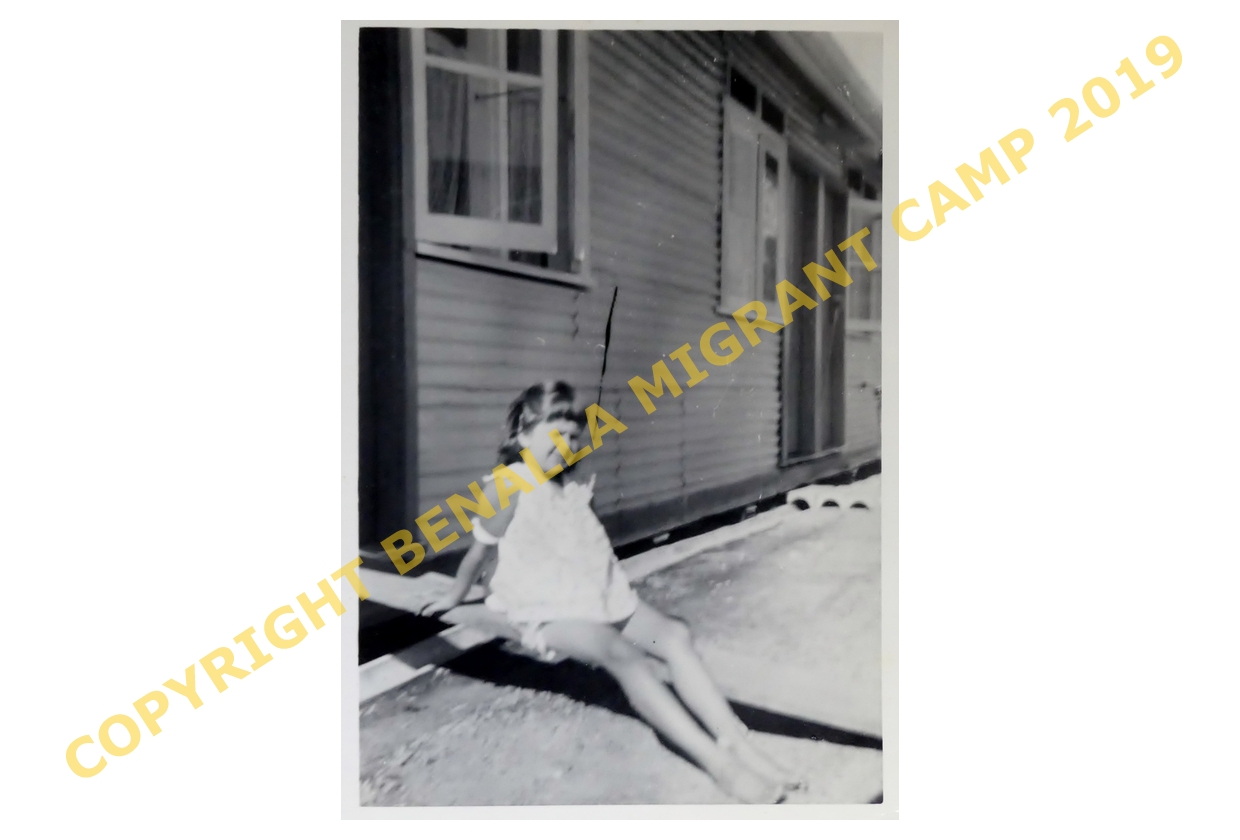 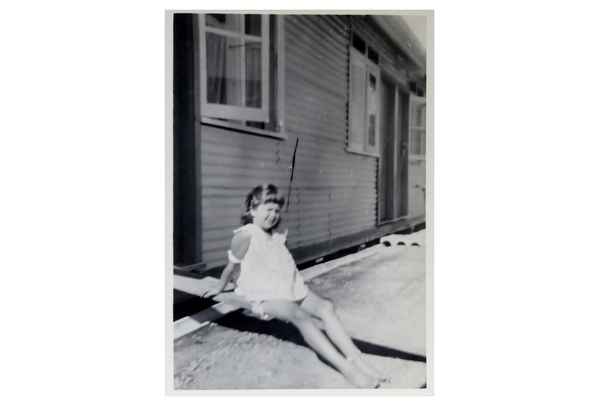 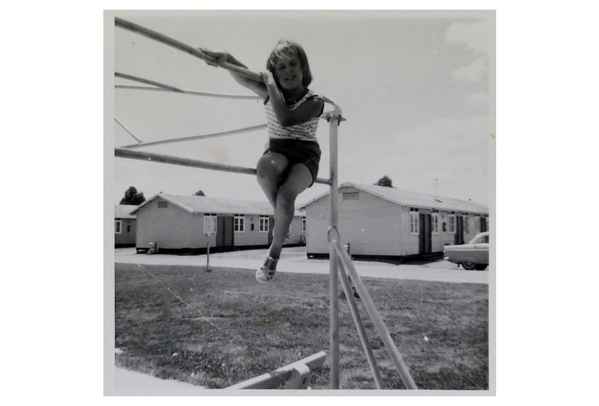 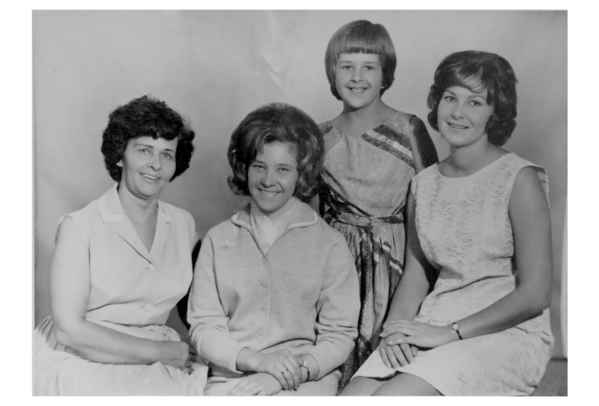 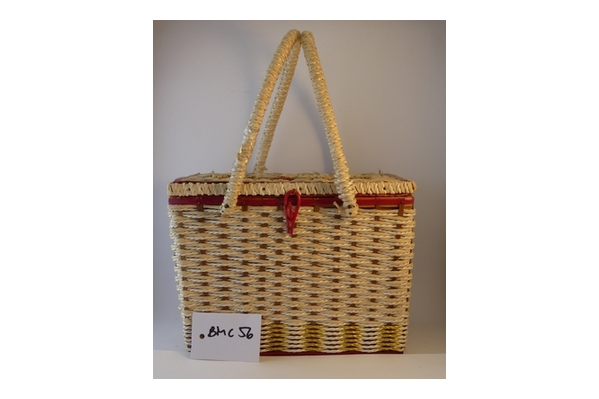 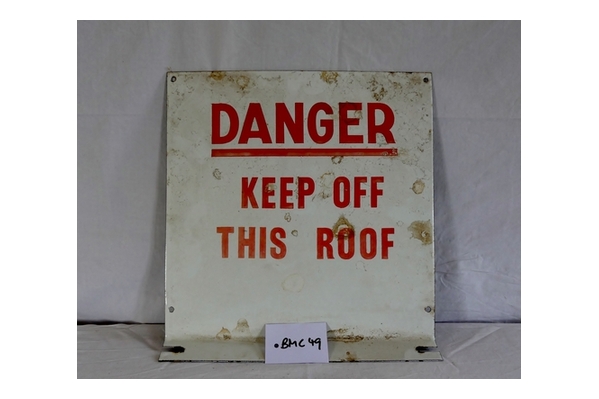